Where The Past Meets The Present And Beyond

AT THE CORNER OF THEN AND NOW

The Tulane Naval ROTC proudly serves as one of the oldest and most active Naval Reserve Officer Training Corp units in the nation. In 1937, Tulane President Rufus Harris petitioned Chester Nimitz, acting chief of the Bureau of Navigation, to establish a Naval ROTC unit at Tulane University. In 1938, this telegram announced the official selection of Tulane University for this unit. The old gymnasium on Freret Street was re-designated as the “Navy Building.”

Since 1938, our historic home on the corner of Freret Street and McAlister Drive stands strong continuing the mission to train officers for the United States Navy and United States Marine Corps.

The Tulane Naval ROTC Alumni Association was established as a non-profit charitable and educational organization with the purpose to sustain direct, lifelong symbiotic relationships among its current and future Alumni, including their families and staff personnel.

Building an allegiance and legacy for both the old and new, our goal is to unite generations with a profound sense of pride and commitment to integrity and service for those Alumni who positively impact the well-being of our military and nation overall. 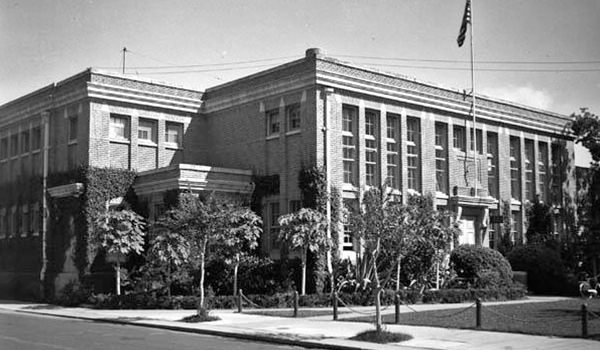 At the Joint Commissioning, several Alumni gathered to witness the cadets and […]

The Fogelman Arena in the Devlin Fieldhouse on the campus of […]