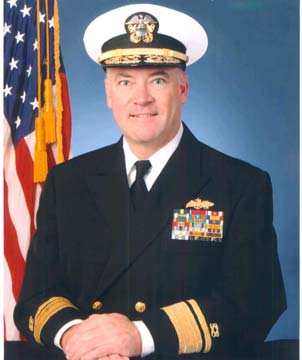 RADM Walley was born in Orange County, California and raised in a Marine Corps aviation family environment. He graduated from Tulane University (1970) with a bachelor’s degree in civil engineering and concurrently received a commission in the Civil Engineer Corps, United States Navy.

RADM Walley served 11 years on active duty, first with the Seabees (NMCB 74) and made two deployments to the Republic of Vietnam. Following Vietnam, he was transferred to Washington DC and had assignments in construction with Chesapeake Division and in public works at NAF Andrews, Maryland. RADM Walley completed his active duty service in the Gulfport, Mississippi area serving again with the Seabees (20NCR) and then with Southern Division at Keesler AFB. While on active duty, he completed a masters in engineering at George Washington University and a masters in business administration at the University of Southern Mississippi.

RADM Walley is married to the former Marynelle Lorimer of Fort Worth, Texas. He has four children, Charlotte, Elizabeth, James Edward, and Joseph Michael. In civilian life, RADM Walley lives in Dallas, Texas and is the President of CE2 Solutions, Inc., an engineering consulting firm dedicated to providing superior client service in the areas of facilities engineering, due diligence, claims resolution and owner’s representation. He has been an active participant in professional and civic associations in Dallas including the Salesmanship Club of Dallas, Leadership Dallas, the American Red Cross, and also served as a member of the City Council of University Park, Texas.