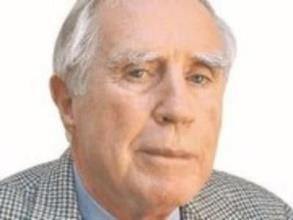 He will be remembered as a rare native white Southern reporter who aggressively reported on the triumphs and atrocities of the Mississippi civil-rights struggle. He was the nation’s oldest working journalist, still writing a regular weekly column in the final weeks of a career that spanned 70 years. His subject was always his beloved, baffling Mississippi. “Bill Minor, maybe more than anybody, helped break us out of the closed society,” said former Governor William Winter. “He didn’t pull his punches. I think the state of Mississippi has been well served by having a writer with his ability, his integrity, his perceptiveness and his commitment to getting the story right.”

Mr. Minor won Harvard’s Louis Lyons Award for Conscience and Integrity in Journalism in 1966, as well as Columbia’s John Chancellor Award for Excellence in Journalism in 1997. As a journalist, the jovial gravel-voiced Mr. Minor, whose Louisiana accent resisted seven decades of Mississippi life, lived by the newspaper ideal “to afflict the comfortable and comfort the afflicted.” His passion for the underdog came out of the teachings of his deep Roman Catholic faith and his childhood poverty in the Piney Woods of Louisiana during the Depression.

He was born in Hammond, La. on May 17, 1922 to Josie Clement Minor and Jacob Arthur Minor, a Linotype operator, originally from Sardis. Jacob’s father was Alexander F. Minor from Virginia, who served in the Confederate Army. Josie Clement Minor’s parents were originally from Bordeaux, France, having immigrated to New Orleans in the 1850s. Mr. Minor’s butcher grandfather ran a stall in a New Orleans market. Two women were early cornerstones; his mother, and Eleanor Ott, his Bogalusa High School teacher. Mr. Minor remained grateful for his public school education and his English teacher’s role in inspiring him to write. By age 17, he worked at the Bogalusa Enterprise.

Mr. Minor entered Tulane University on scholarship, enrolling in the Naval ROTC because its uniform gave him clothing for college dances. Sometimes he wore the uniform to class, short of anything else to wear. In college, he worked part time at the Times Picayune newspaper and was promised a job after the Navy. In 1943, he graduated and married his Sophie Newcomb College sweetheart Gloria Marks in San Francisco before his destroyer the USS Stephen Potter departed for the Pacific. He served as a gunnery officer, and saw extensive naval combat which included kamikaze and Japanese submarine attacks. His ship was awarded 13 battle stars.

After WWII, Mr. Minor returned from the Pacific and joined the Times Picayune. His first day back in New Orleans, he reported for work, spending a year on the city police beat before appointment as Times Picayune Jackson correspondent. It was a job he would hold from 1947 until 1976. His initial Mississippi assignment was the Pearl River County funeral of notorious demagogue U.S. Senator Theodore Bilbo. That summer he also met William Winter, to be his friend for the next 70 years. They were both judges at the year’s Miss Mississippi contest. Gov. Winter was a newly elected Mississippi House member from Grenada County. Mr. Minor reported on milestones of the 1950s: the deaths of Willie McGee, Emmett Till and Mack Charles Parker, the 1954 Delta birth of the Citizens Council to resist the U.S. Supreme Court school-integration decision and the reinvigoration of the state NAACP with Medgar Evers’ arrival as field secretary.

In the 1960s, Mr. Minor reported on the Freedom Rides, the deadly Ole Miss riot and efforts in towns to seek—and to fight— racial equality. Helplessly watching police brutality at the first Jackson voting-rights march on Rose Street devastated him so that he stopped for an hour’s meditation in St. Peter’s Cathedral before filing his story. He wept that night at home, his family remembers. He was counter side at the Woolworth’s Sit In and witnessed the Jackson library Read In. In the small insular state of Mississippi, Mr. Minor inevitably came to know the figures he covered. Medgar Evers trusted Mr. Minor as the rare local white reporter with a sense of justice. There is also a classic Bill Minor tale of the night that he allowed segregationist Gov. Ross Barnett to share his motel bed in Cleveland when the governor couldn’t find a motel room otherwise. Truth became costly. Three 1964 Freedom Summer volunteers decided to investigate a church burning in Neshoba County after Mr. Minor broke the story. The trio’s resulting murders helped awaken the nation to the stakes of the struggle.

Mr. Minor had an unwavering belief in the power and responsibility of the press to make the truth known. “Eyes on Mississippi” was the name of Mr. Minor’s weekly column, but it also was his strategy. The more eyes on Mississippi, the swifter the path to change, he believed. Although Mr. Minor was the Times Picayune’s correspondent, his most crucial reporting was his quiet, anonymous civil-rights coverage for The New York Times and Newsweek. The scant use of contributor bylines in the era kept Mr. Minor’s national work a secret from his New Orleans employers. Despite his anonymity to national readers, he was an open secret to the national and international press corps. Visiting reporters routinely turned to Mr. Minor for help. Civil-rights veteran and Jackson physician Dr. Robert Smith remembered Mr. Minor as the only state-based reporter giving the movement fair coverage. “We had no access to the media other than Bill” Mr. Minor uncovered public graft. In 1956, he exposed a culvert-purchasing kickback arrangement of county supervisors. In the 1970s, Mr. Minor revealed a state-contract shakedown by state Senate Appropriations Chairman Bill Burgin. Eventually a federal probe examined Burgin’s dealings, and the senator went to prison.

Despite their antagonists, the Minors were also part of a circle of Jackson progressives who bonded closely during what one of their number calls “the bad old days.” The Minors were members of the Discussion Club, still in operation, an approximately 40-member Jackson group founded in October 1958. He served on the board of Common Cause/Mississippi. The Minors were a fun-loving couple who appreciated books, jazz, dining at the Mayflower Cafe and bargain travel to Europe. He was a fan of Tulane Green Wave football and New Orleans-style seersucker suits. He famously ordered the first legal drink at the Heidelberg Hotel bar when Mississippi became the last U.S. state to end Prohibition in 1966.

When the Times Picayune closed its Jackson bureau in 1976, Mr. Minor was offered a job with the Los Angeles Times and a Washington job with the Times Picayune. He declined and stayed in Mississippi, always giving a trademark explanation: “I want to see how it turns out.” He bought the Northside Reporter from Hazel Brannon Smith for $5,000. Renamed the Capitol Reporter, its motto was “once a week but never weakly.” His investigative reporting led the Klan to burn a cross in front of the Reporter’s Wesley Avenue office. Despite national accolades, the money-strapped Reporter shut operations in 1981. Post-Capitol Reporter, Mr. Minor continued his syndicated column for dozens of dailies and weeklies. His passion, progressive ideals and astonishing recall of Mississippi politics made his columns essential feisty reading from 1981 until his final weeks of heart failure. In fact, he had discussed his plans for his next column with family before his most recent hospital stay. A collection of his columns was published in 2001 by J Prichard Morris Books. The collection “Eyes on Mississippi: A Fifty-Year Chronicle of Change” is considered a Mississippi history textbook equal to conventional academic ones. A 2016 documentary film on his experience, also called “Eyes on Mississippi,” is currently being screened at universities around the country. The film poster calls Mr. Minor “the most essential reporter the nation’s never heard of.”

Survivors include his wife of 73 years, Gloria Marks Minor; three sons, Paul Minor of New Orleans, Dr. Jeff Minor (Dell) of Brandon and Doug Minor (Debbie) of Madison; six grandchildren and seven great-grandchildren. In lieu of flowers, donations may be made to the Eyes On Mississippi Fund at the Community Foundation of Greater Jackson (525 E. Capitol Street, Suite 5B, Jackson, MS 3920), or Common Cause Mississippi, 921 N. Congress Street, Jackson, MS 39201.