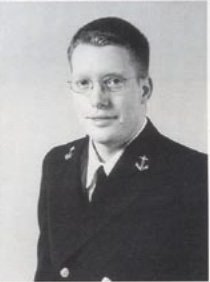 Lt. William (Bill) Joseph McKeown, 26, Charleston, S.C., died in a car accident in Charleston, where he was stationed in the Navy.

Bill was born on July 21, 1981, in Dickinson. Bill attended grade school in Marmarth and North Pole, Alaska. He graduated valedictorian from Rhame High School in 1999. From there, he went on to Tulane University in New Orleans, La., with a full scholarship from the Naval ROTC program.

He graduated with a mechanical engineering degree and was commissioned an ensign in the Navy in 2003. Bill went on to serve in the Navy as both a mechanical and nuclear engineer following graduation. Bill received his nuclear training in Charlestown and in Utica, N.Y., then to diving school in Florida. Bill was stationed at Pearl Harbor in Hawaii for 11 months, then to Guam for three years, where he was stationed on the U.S.S. City of Corpus Christi SSN 705. He then went on to Charlestown as a instructor in Nuclear School.

Bill loved to hunt and fish and hang out with his family and friends and was also an avid car enthusiast.

Bill had a true zest for life – he never let life get him down. He was a very determined and optimistic person throughout his entire life.

He was a happy person with a love for his family and friends that all knew, felt and understood. He made sure of this.

He accomplished so much in his short time here and never lost sight of who he was, where he was going in life or how he would get there – nothing stopped him – he saw no roadblocks in life.

More than anything else in life, Bill cherished his relationships with family and friends. He would not want us to mourn his death – though we all will.

He would want us to talk of the good times, to laugh and to celebrate his life. He would say thank you to all for being part of his life and tell you…. “I love you.”