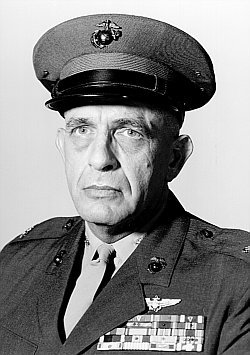 Col. Carpenter, an aviator, served 30 years in the Marines before retiring in 1974 as chief of air operations at Quantico.

He participated in the Inchon landing during the Korean War. In 1968 and 1969, he served in Vietnam as an officer in charge of Chu Lai Air Base and as commanding officer of an air operations support group in Da Nang.

Col. Carpenter, a native of Hattiesburg, Miss., received a Marine commission after he had entered the Navy during World War II and graduated from Tulane University as part of the military’s accelerated academic program.

He was an engineer for Unified Industries Inc. in Springfield from 1975 to 1986 and was executive director of the Marine Corps Aviation Association from 1988 to 1993.

He was a member of Phi Beta Kappa and the Kappa Sigma social fraternity.