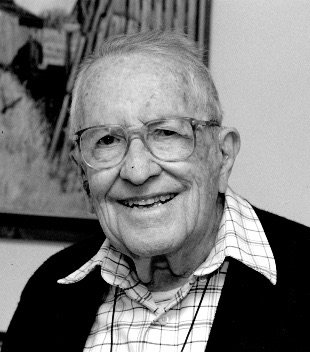 T. Todd Reboul, 97, died peacefully in his sleep on July 6, 2020 at the Glen at Willow Valley in Lancaster, PA. He and his wife, Doris Hoffman, moved to Lancaster in September 1995 from Moorestown, New Jersey. He had been employed by RCA for 27 years as a research physicist at the David Sarnoff Research Laboratories in Princeton and later as a Director of Corporate Contributions in New York City.

He was born on October 3, 1922 in New Orleans, LA, but spent a greater part of his early life in Vicksburg and Jackson, MS; he attended Tulane University from September 1940 through January 1944.

He served in the US Navy from January 1942 through October 1967, on active duty from July 1943 through June 1946 and on reserve duty for the remaining period. He attained the rank of Commander in 1960. During active duty, he survived the sinking at Iwo Jima of the last US aircraft carrier to be sunk by enemy action, the CVE-95 USS Bismarck Sea.

After the war, he received an MS in Physics in 1948 from Tulane University and in 1953 a PhD in Physics from the University of Pennsylvania. In 1953 he was employed by the Dupont Company for six years before accepting a position with RCA. His technical work at RCA was involved with the Space Program during which he received one patent. He published a number of scientific articles concerned with his work at Dupont, as well as at RCA.

At Tulane University, he was a member of the Pi Kappa Alpha Fraternity. During his academic and employment experiences, he was a member of the American Physical Society, the American Rocket Society, the American Institute of Aeronautics and Astronautics (Associate Fellow), the American Society for Engineering Education, the Society of the Sigma Xi, the British Interplanetary Society (Fellow) and Omicron Delta Kappa. He also was active for seven years with the US State Department’s Overseas Schools Advisory Council; he served on the New Jersey State Committee to assist the United Negro College Fund. During retirement, he was a volunteer teacher in Science and Mathematics at the inner schools in Camden, NJ; in Lancaster, he taught at the MANOS Rehab Center; he was also a volunteer at the Franklin Institute Science Museum in Philadelphia and the New Jersey State Aquarium in Camden. Most recently, he was a member in good standing of the Three Stooges Fan Club.

He is survived by his sons, Mark of New York City and Scott (Debbi) of Aiken, South Carolina and his grandsons, Todd Myers and Mark Emerson of Aiken, SC. His wife of 56 years, Doris Hoffman, passed away in 2008.

Services will be private at the convenience of the family. In lieu of flowers, donations may be made to First Presbyterian Church, Lancaster.