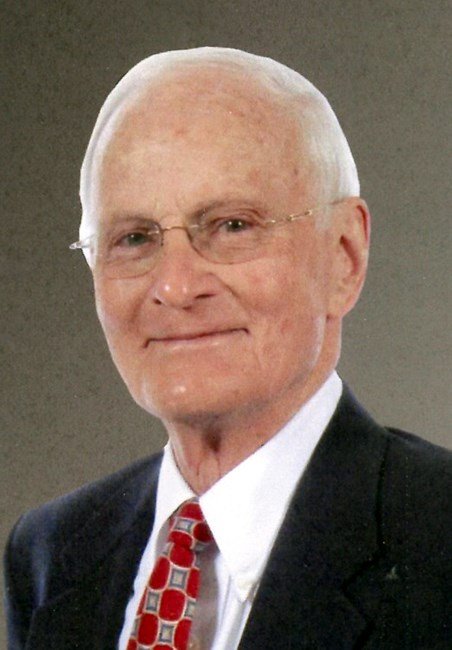 Rufus Carrollton Harris, Jr. died peacefully on Monday, January 29, 2018. Rufus was born September 6, 1923 in Macon, Georgia to Mary Louise Walker and Dr. Rufus Carrollton Harris. He is survived by his children: Elizabeth Harris Hawk (Thomas), Rufus Carrollton Harris, III (Victoria), Louise Harris Saik (Clifton), Douglas King Harris (Diana); his loving wife of 39 years Mary Lou Hevron Harris and her children: Michele Lafaye Lopiccolo (Frank) and Edward Emory Lafaye, III (Olivier); and his brother Dr. Joseph Henry Walker Harris (Elvy). He also leaves behind 12 grandchildren and 12 great-grandchildren who called him Big Ruf. He is preceded in death by his parents, his son Charles Dicks Harris, his grandson Douglas King Harris, Jr. and his brother Louie Kontz Harris. Rufus graduated from Isidore Newman High School, Tulane University and Tulane Law School, where he was a member of the Law Review. He was a member of the Beta Theta Pi fraternity and was on the Tulane tennis team for 4 years. He was a Southeastern Conference doubles champion. He served as a lieutenant in the Pacific (USS Miami) during World War II. For over 40 years, he practiced law in the field of Admiralty at the Terriberry law firm. He had a distinguished career as a litigator and was always known for his professionalism. He was a member of the New Orleans Lawn and Tennis Club, the Southern Yacht Club, the Boston Club, and several carnival organizations. He was an avid tennis player, hunter, and fisherman. In retirement, he enjoyed bird watching and was a life master bridge player. Most importantly, he was always known as a gentleman. He was a member of St. Charles Avenue Baptist Church where he served as a deacon for many years. He was also a trustee at the church. He served on the board of Southern Baptist Hospital and was chairman of that board. He also served on the boards of St. Martin’s Episcopal School, the American Red Cross, and Christian Health Ministries. Relatives and friends are invited to attend the service on Thursday, February 1, 2018 at Lake Lawn Metairie Funeral Home 5100 Pontchartrain Blvd., New Orleans, LA. Visitation will be from 10:00 a.m. to 12:00 p.m., followed by a service at 12:00 p.m. Interment will be private. In lieu of flowers, donations may be made in his memory to the Orleans Audubon Society 64340 Fogg Lane, Pearl River, LA 70452-5206.