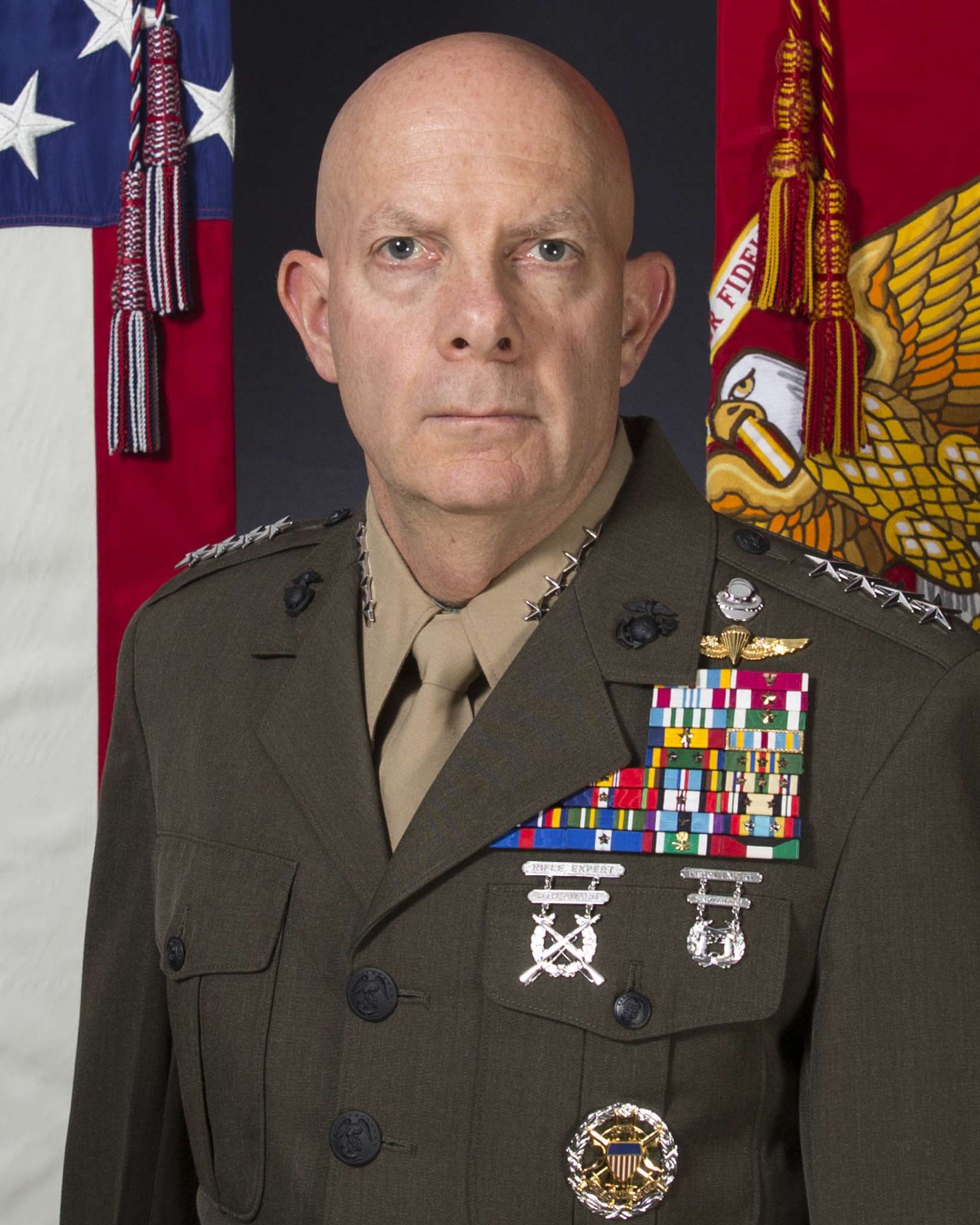 General Berger was commissioned as an infantry officer in 1981 following graduation from Tulane University, Naval ROTC. As a Lieutenant and Captain, he served as platoon commander in 1st Marine Division, and later as company commander and Battalion Operations Officer in 2d Reconnaissance Battalion during Operation DESERT STORM. He also served as Officer Selection Officer in Roanoke, Virginia.

As a field grade officer, Lieutenant General Berger was an instructor at Marine Aviation Weapons and Tactics Squadron One (MAWTS-1) in Yuma, Arizona; instructor at III MEF Special Operations Training Group; and served on the Joint Staff as a policy planner in the Strategic Plans and Policy Directorate, J-5.

While serving as Assistant Division Commander of 2d Marine Division, he was appointed to the rank of Brigadier General. He then deployed to Kosovo, where he served for one year as Chief of Staff for KFOR Headquarters in Pristina. From 2009 to 2011, he served at Headquarters Marine Corps as the Director of Operations in Plans, Policies, and Operations. In 2012, he deployed to Afghanistan as the Commanding General of 1st Marine Division (Forward) in support of Operation ENDURING FREEDOM.

Lieutenant General Berger assumed command of U.S. Marine Corps Forces, Pacific on August 26, 2016. He became Commandant of the US Marine Corps on July 11,2019 in recognition of the date July 11, 1798, when President John Adams approved “An Act for Establishing and Organizing a Marine Corps.”