Major Sweeney, a Chicago native, received his degree in Architecture from Notre Dame in 1957. He was commissioned through the PLC program. Major Sweeney was an advisor to South Vietnamese forces in 1973. The book, “U.S. Marines In Vietnam: The War That Would Not End, 1971-1973,” mentions Major Sweeney’s actions on Jan 26,1973, just before the cease fire.

Major Sweeney was awarded a Bronze Star and Purple Heart. He returned to Tulane for an MBA. 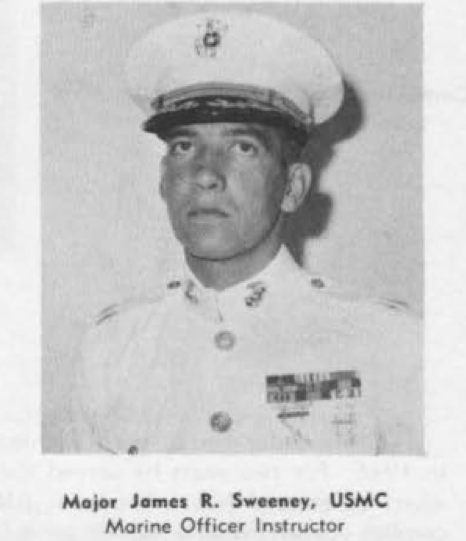