Lt Tuff, from Mobile Alabama, graduated from USNA in 1962, receiving his commission in unrestricted line. His first ship was the USS Stribling (DD-867). After destroyer school he reported to the USS Meredith (DD-890) to assume duties as Operations Officer. From May 1967-68 Lt Ruff served as River Patrol Operations Officer on the staff of the Commander, USN Forces, Vietnam. Foe his meritorious service in that capacity he was awarded the Navy Commendation Medal. 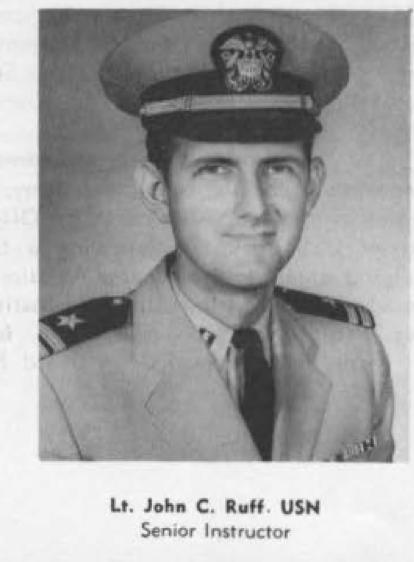