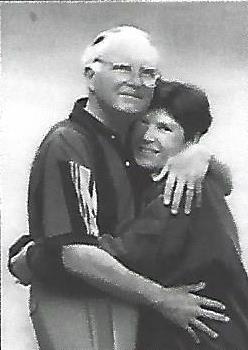 Don Mack Mayer passed away peacefully on January 11, 2012 surrounded by his daughter, son, and devoted caregiver. Don was born February 19, 1933 in New Orleans and grew up in Winnsboro, LA. Don is survived by brother Michael Mayer, daughter Marianne Smith, her husband F. Carter, and their daughters Lindsey and Marina; and by son, Robert Michael Mayer, his wife, Erin, and their children Matthew, Allison, and Jessica. Don joins his beloved wife, Diane, and parents Harriet Bradley and Donald K. Mayer in God’s kingdom. Don attended Tulane University, enjoying fraternity life as president of Sigma Alpha Epsilon (SAE) and earning a chemical engineering degree. He served the country as a naval officer on the U.S.S. Valley Forge. After completing his military service, Don joined Shell Chemical where he worked for 37 years. Don was a devoted husband, father, and loving grandfather. He cared for his neighbors and always thought of others. He enjoyed playing tennis, attending theater and sporting events, and family vacations. A member of Memorial Drive Presbyterian Church for 40 years, Don was active in the Food and Clothes Truck Ministries for many years. In the words of one of Don’s friends, “Christ tells us to be servants in His Body and Don Mayer is the epitome of that commandment.” Words are insufficient to express our gratitude to caregiver Rochelle Barnes for her loving care of both Don and Diane. A memorial service celebrating Don’s life will be held Wednesday, January 18, 11 a.m. at Memorial Drive Presbyterian Church, Houston. In lieu of flowers, donations may be made to Memorial Drive Presbyterian Church Food or Clothes Ministry, Interfaith Care Partners, or charity of your choice.