I was assigned to VA-35 in 1965 and served with them until 1968. During that time, we deployed to Vietnam twice and were part of Air Wing 9 on the USS ENTERPRISE. I was the Air Intelligence Officer (AIO) with VA-35. As such, I flew with the pilots whenever a right seat needed filling and sent to the same survival training that they did. I felt this was a good way to establish a good relationship with the aircrews. I have a lighter from Grumman which is engraved with my name and the words “50 hours A6A.” My picture, conducting a debrief of two of our BN’s appears in the ship’s cruise book under the section “Wrap Up and Return.”

Editor’s note: VA-35 received the A6 Intruder All Weather Attack Aircraft in 1965. On multiple deployments to Yankee Station VA-35 performed bombing and close air support missions. Notably the first aerial mining operation since WWII and the first A6 squadron to fire the Sidewinder missle.

Interesting note: Enterprise was visiting Sasebo, Japan in January 1968 when the US intelligence ship USS Pueblo was seized by North Korea. Berman, who  later earned a PhD and retired as a CDR  NOAA Corps, gave us this description of the event from the Enterprise view. ”

Evidently, the PUEBLO radioed their predicament to the proper authorities but by the time they got the President out of bed to make a decision, the ship was already tied up in North Korea. We had planes on the cats ready to go at a moment’s notice but we couldn’t do anything without directions from Washington. The ENTERPRISE stayed on station in the general area for a while, I don’t remember how long. The intelligence section prepared anti air warfare maps for an impending airstrike (which never came). Interesting to note that one of the officers in VA-35 had served aboard the PUEBLO earlier in his career. We were constantly under surveillance by various news helicopters which had to be warned away from the ship during flight ops.
In all the time I was in Vietnam, cruising off the coast of North Korea was the only time that I felt that my life was in the balance. The general consensus was that the North Koreans could score a real propaganda coup should they damage the ship with an anti-ship missile. Of course, that never happened and the Big “E” soon returned to Yankee Station to resume her duties as the night carrier. I believe that the PUEBLO was eventually released.” 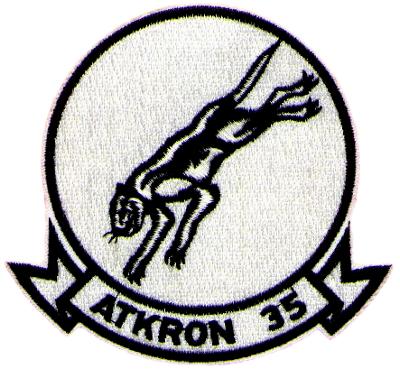 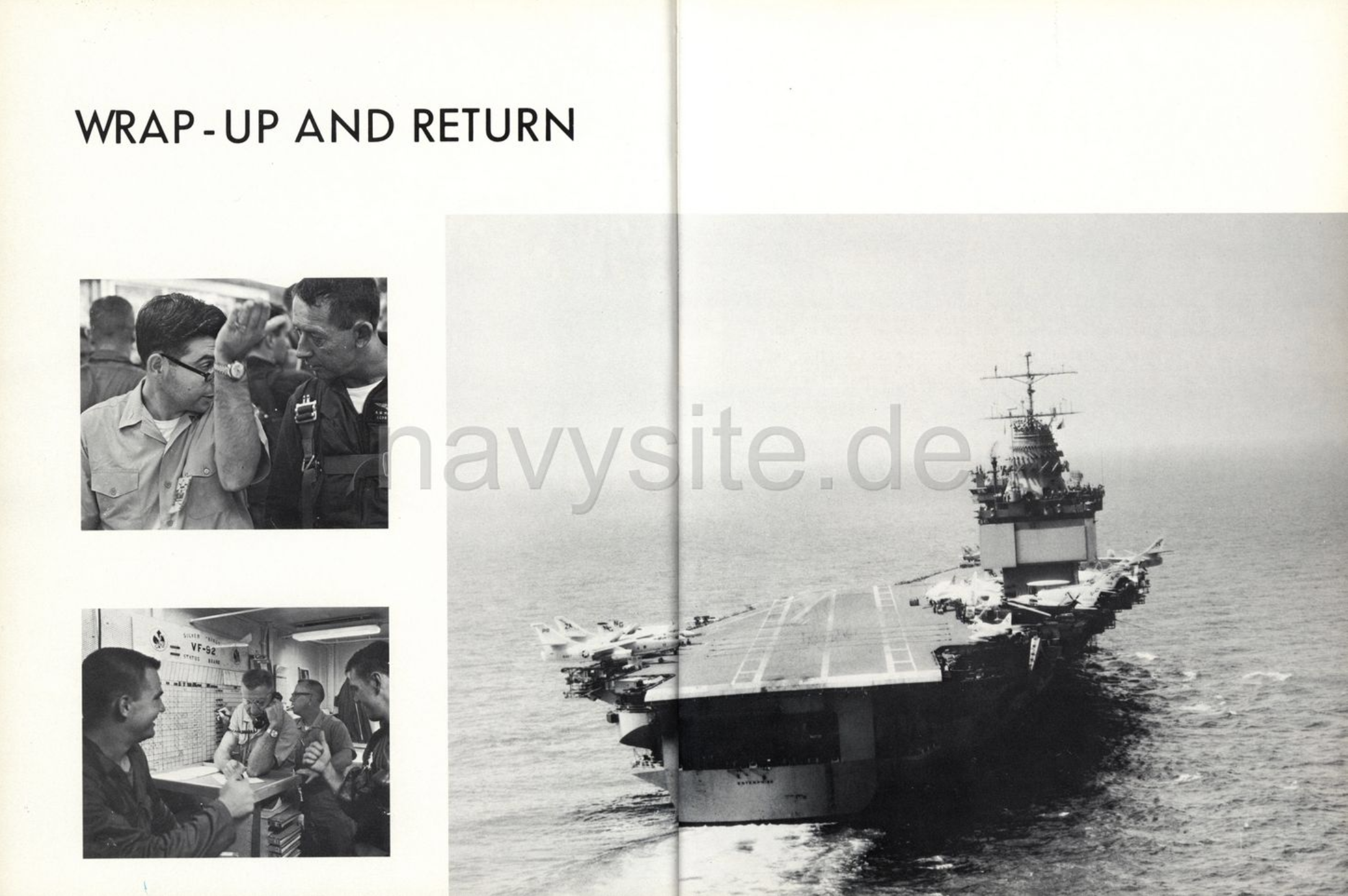 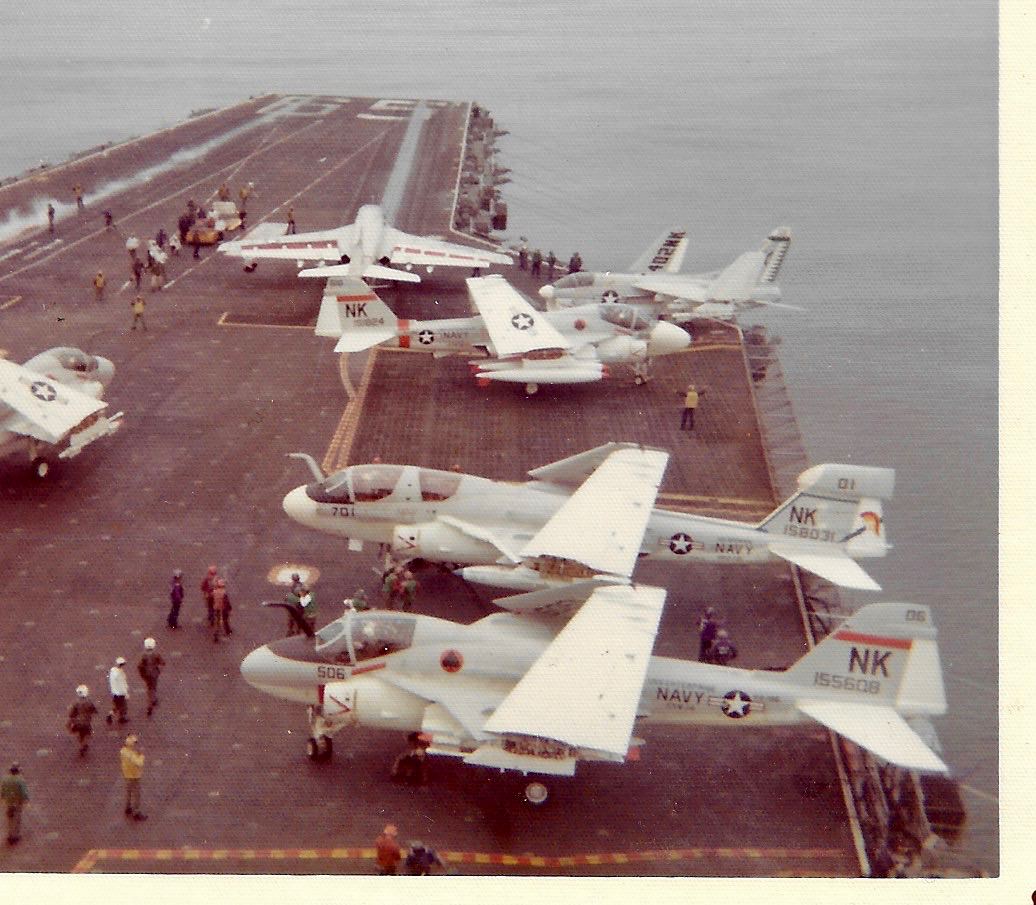 A6 about to launch from CVAn-65