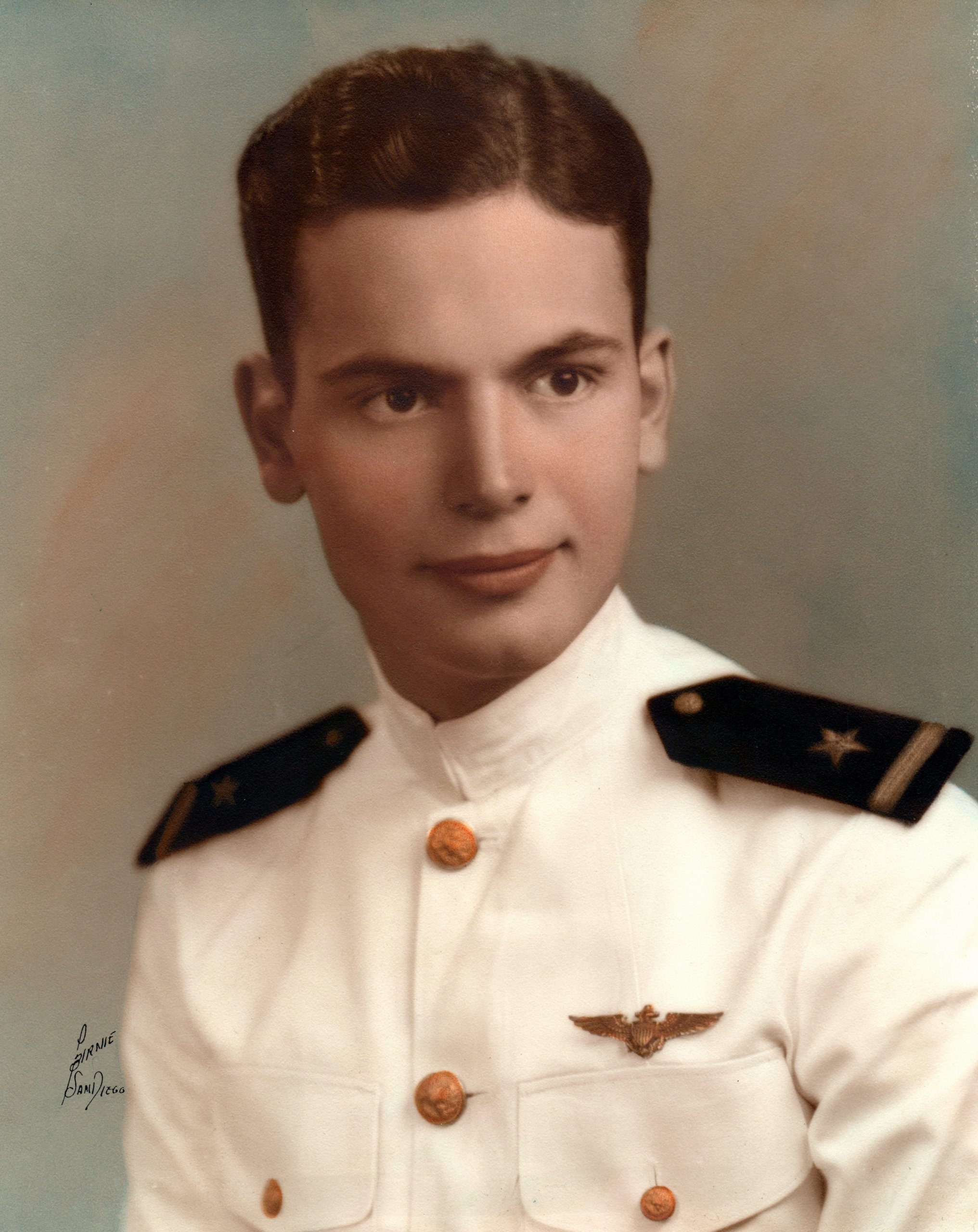 Louis Tulane Bass, Jr. was an Alumnus of the Tulane NROTC Unit. He was KIA [BNR] on 16 June 1945 over the Bay of Makassar, Sulawesi Province, Netherlands East Indies (now the country of Indonesia). He is also a descendent of the Paul Tulane family. This is his story.

Tulane became a private university in 1884 when the public University of Louisiana was reorganized and named in honor of benefactor Paul Tulane, a wealthy merchant who bequeathed more than $1 million to endow a university “for the promotion and encouragement of intellectual, moral and industrial education.” A native of Princeton, New Jersey, Paul Tulane had made his fortune in New Orleans and his gift expressed his appreciation to this Southern city on the Mississippi River.

Bass, Jr. was born September 6, 1921 in Breckenridge, TX to Col. Louis Tulane Bass (Colonel Bass served in the US Army in both WWI and WWII) and Muriel Carpenter Bass of Brooklyn, NY. From a young age he knew he wanted to be a naval officer and entered Brown Military Academy in Pacific Beach, CA in 1936 at the age of 14 years and finished his Junior and Senior years at Ogden High School where he was a first lieutenant in the JROTC program.

In 1939 he entered his first year at Tulane University, he would have been a Class of 1943 graduate. The records list his majors variously as pre-med, engineering and naval science. The Battalion actually started out as a company in 1938 with approximately 75 Midshipmen. By 1939 when Bass joined it was a Battalion with 2 companies. The courses of instruction were: Naval History; Ordnance and Gunnery; Seamanship; Communications. Summer Cruise 1940 was a June through July 6 weeks aboard the USS Wyoming [New Orleans, Charleston, New York, Portland Maine, Annapolis, Charleston, New Orleans].

There was an active intramural program wherein the NROTC Unit competed in Soccer, Softball Football, and Basketball. The NROTC Rifle team competed in intercollegiate NROTC competition with Georgia Tech, Harvard, Yale, Minnesota, and Northwestern. The Bn. social life was very active and was conducted through the Taffrail Club. Events included a “Smoker”, a Naval Ball, a banquet  a downtown hotel dinner, a Tea Dance, a lawn picnic, a beer party and after final exams a “Shipwreck Party”. Summer Cruise 1941 was a 3 weeks in June dry land cruise at Corpus Christie. It was primarily an introduction to aviation but included seamanship training on YP Craft in the Gulf.

In later years, his widow Mignon Bass, told of how he talked of his years as a Midshipman in the NROTC Unit.

Bass was eager to “get into the war” and did not want to wait until he graduated from Tulane and was commissioned through the NROTC.

On February 2, 1942 he enlisted in the Navy Reserves as a Naval Aviation Cadet and attended aviation training at Oakland Airfield, CA, an Army flight training school. Upon completing his primary training he left for Corpus Christi, TX for advanced Naval aviation training.

In July 1943 he would marry Miss Mignon Barrett and would have one child, Louis Tulane Bass III, born on September 16, 1945…three months after LTJG Bass Jr. went missing.

He came from a family with a very long military history dating back to his direct ancestor General Nathanael Greene of Revolutionary war fame. Another ancestor Col. John Hicks Bass served in the War of 1812. Col. John Greene Bass fought for the Confederacy during the Civil War. His father served in both WWI and WWII. His mother Muriel Carpenter Bass was one of the first women to enter the military as a Yeoman Female under the Naval Act of 1916. His great grandfather William J. Keays served as a Captain with the New York 16th Cavalry and was awarded a “Lincoln Avenger” medal (He and his men tracked down and killed John Wilkes Booth). He has several great uncles like Navy Lt. Cmd. W.P. Gaddis and his lineage that served with distinction in both WWI and WWII.

VPB -111 flew PB4Y-1 Consolidated B-24 “Liberators”. The Liberator aircraft modified for the US Navy was assigned the designation PB4Y-1. The initial PB4Y-1s were essentially B-24Ds delivered to the Navy with very little change and assigned Navy Bureau of Aeronautics serial numbers.

Some basic characteristics of Lt Jg Bass’s aircraft are set forth below:

During the period July-September 1944 VB-111 trained for Pacific Theatre operations. Earlier in the war the squadron had served in the European Theatre of operations. In mid January 1945 the squadron began deploying to the Western pacific. By late January 1945 VPB had began combat operations. Initially they flew from the island of Tinian. By April of 1945 they were flying from Palawan airfield in the Philippines. They flew primarily Long Range Reconnaissance and Anti Shipping patrols along the Borneo and Malaya coast. Lt Jg Bass was engaged in constant combat patrols during the period February 1945 through June 1945. His military awards include two Distinguished Flying Crosses, an Air Medal, and a Purple Heart.

The known details of his last flight are set forth below:

On 16 June, 1945, USN PB4Y-1 #38-913 with a crew of eleven, departed U.S. Army Airfield, Palawan, Philippines Islands, for a patrol mission of the Makassar Straits. Aircraft from the VPB-111 squadron were tasked with conducting long range reconnaissance. During the month of June 1945, most patrol flights to the Makassar Straits were extended to maximum distance and served as interdiction flights.

When LTJG Bass and his crew failed to return to base on 16 June 1945, they were listed as missing in action. On 17 June 1945, three special searches of the general loss area produced no evidence of the aircraft or crew. Postwar interviews of returning US POWs contain an eyewitness account of Japanese anti-aircraft fire shooting down a PB4Y-1 aircraft over a harbor on the Makassar Strait on 16 June 1945. A direct hit destroyed the pilot compartment, killing the pilots instantly. 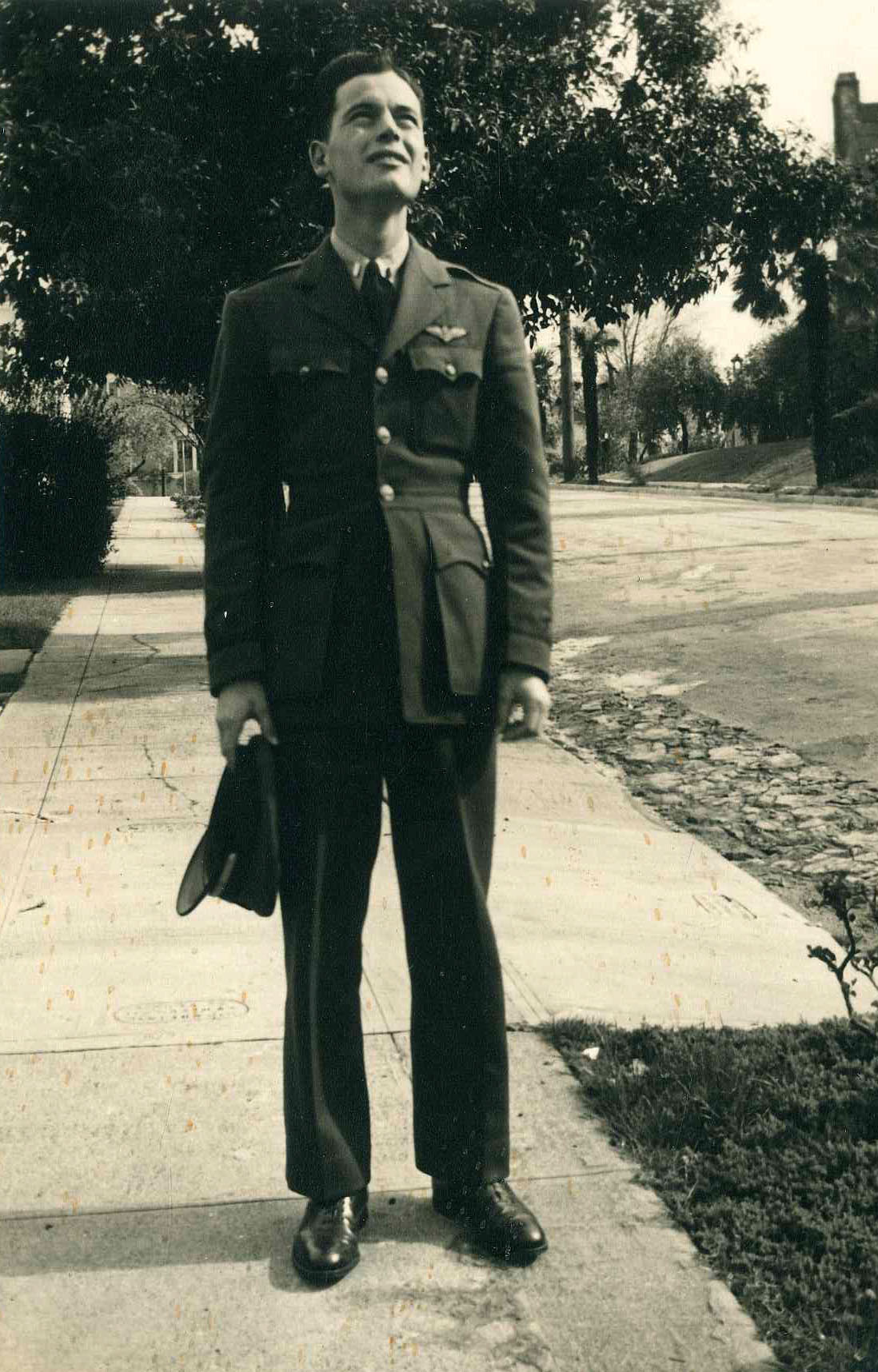 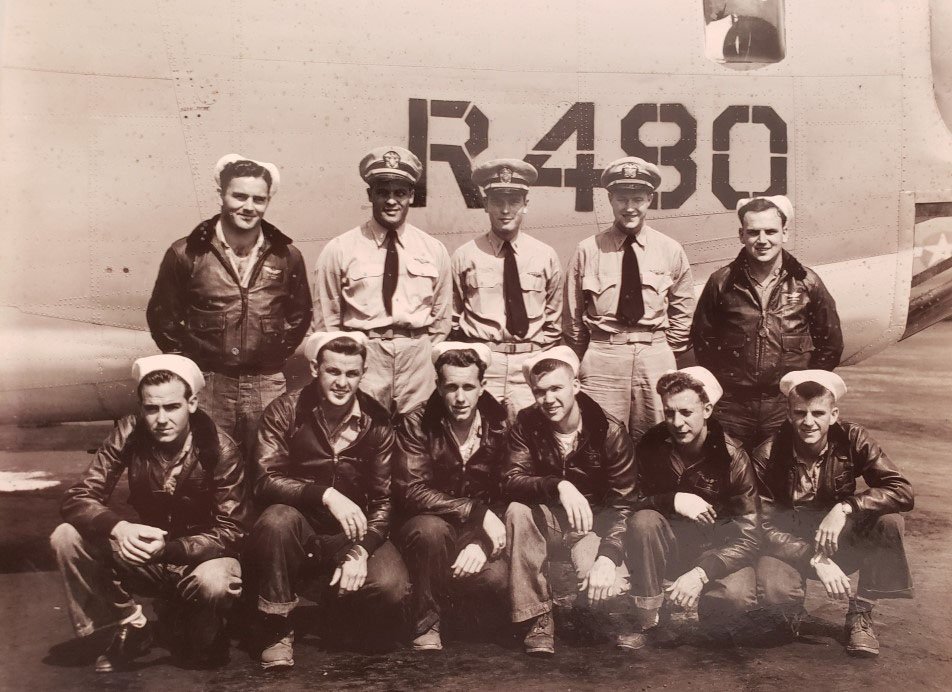 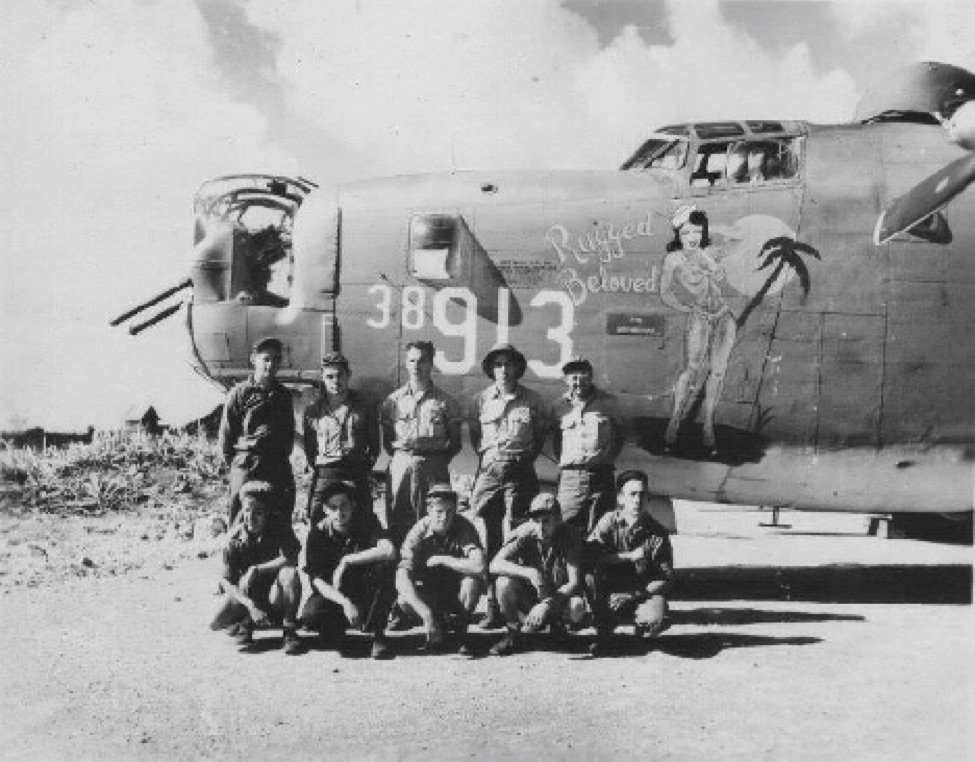 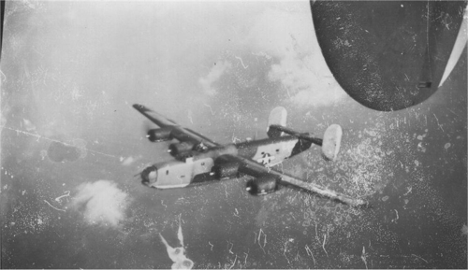 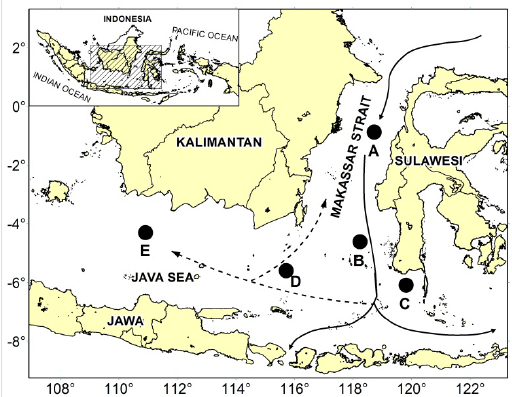 VPB-111 Area of Operations; The squadron flew long range reconnaissance flights from an airfield in the Philippines down the Makassar strait toward Indonesia. 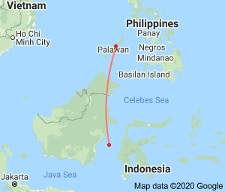 The flight path  of “Rugged Beloved” 1590 miles round trip, the extreme maximum range for a PB4Y. 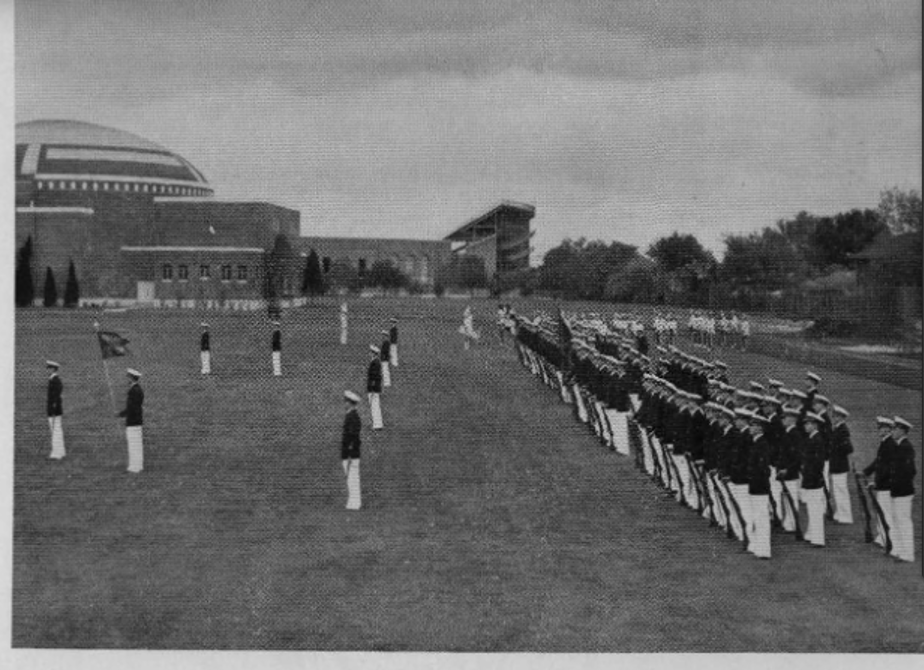 Battalion Formation 1940  held on a parade ground that is now the site of the Freeman School of Business. McAlister auditorium is in the background. Midshipman Bass was in 1st Company, 1st Platoon, 3rd Squad 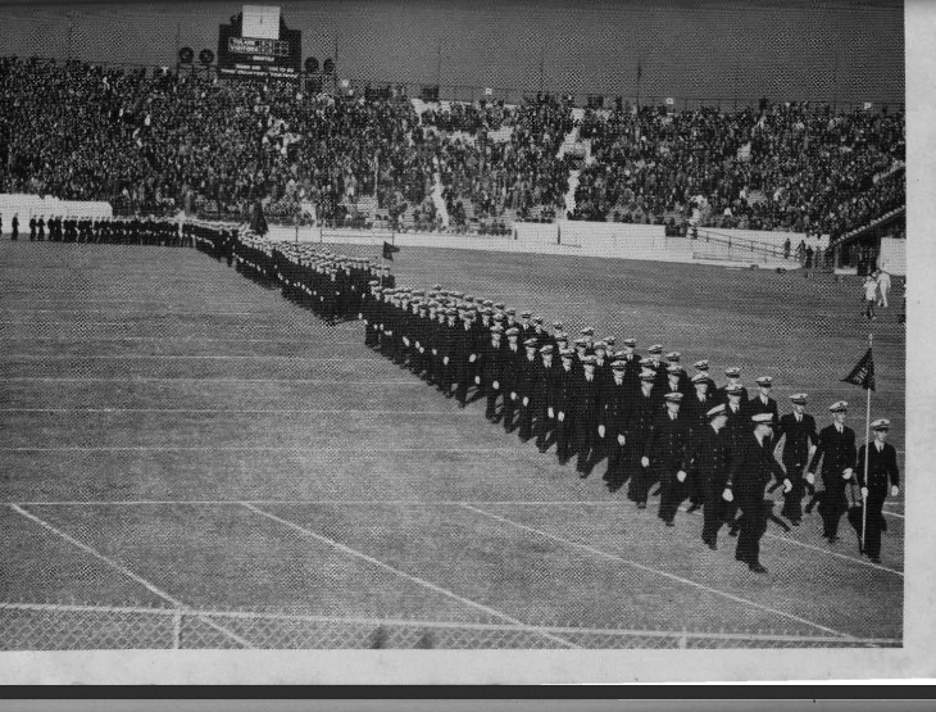