How a Tulane NROTC Alumni had an island named after him.

Operation HIGHJUMP was officially named “The US Navy Antarctic Development Project 1946-1947”. It was led by Admiral Richard Byrd, the already famous Polar explorer. HIGHJUMP had a primary mission of establishing a permanent US base in Antarctica. It had numerous secondary missions including: training in Antarctic operations, establishing US sovereignty, scientific research, and mapping. Operation HIGHJUMP did not include map-control surveys for geodetic ground control needed to produce accurate maps.

Operation WINDMILL was officially named “The US Navy Antarctic Development Project 1947-1948”. WINDMILL had a primary mission of obtaining ground reference points for the aerial photography taken during HIGHJUMP. Sometime in late 1947 it was realized that the some 70,000 aerial photograph taken during HIGHJUMP were of very limited use as they could not be related to actual geographical points on the ground.

On this second Antarctic expedition Ensign Richard O. Werlein, Tulane NROTC Class of 1945 was the Assistant Hydrographer. [Note: Hydrography is the science of mapping the navigable portions of the Earth’s surface and adjoining coastal areas].

Set forth below is his story as contained in his previously unpublished notes [as compiled some 70 years after the events] and interviews conducted during September/October of 2020.

I started college in the Tulane University College of Arts & Sciences, then later switched to the College of Commerce.  Although I had completed enough semester hours for an A&S degree, I was commissioned in the USNR without a degree from Tulane. I had transferred to the College of Commerce from  Arts and Sciences, but had not completed 30 hours in the new college before graduation date. There was a requirement at that time for the candidate to complete 30 hours credit in the college that one was to be graduated from. I did not obtain a Tulane degree until 1954, when I graduated from its School of Law.

As a Midshipman I was active in the Taffrail Club, the center of Midshipman social life. I was also on the Taffrail Log staff. This was the Midshipman yearbook. There were no ships available for Midshipman Summer cruises in these days. In any case we were on a year-round trimester study plan.

After completion of NROTC training I was commissioned in June 1945 with my classmates. I was sent to the Naval Communications School at Harvard University. Following completion of that 90 day course, I was sent in September of 1945 to be the Assistant Registered Publications Issuing Officer in Miami FL. Then in January of 1945 I was sent to Yorktown VA to attend the Naval Mine Warfare School. Following completion of that course I was assigned to the USS Spear, a minesweeper in dry dock in Richmond, California. Later I was assigned to the COMMINEWARFAREPAC Staff in San Francisco where the flagship was stationed.

I thought that the US and Russia would be at war within 5 years so I decided to stay in the Navy rather than get out, start a new life, and then get recalled to active duty. I requested a transfer to the Regular Navy as a Communications Officer. My request was granted and in July, 1947, I was sent to the Navy Cryptologic School in Washington DC. I did not enjoy this line of work and requested a re-assignment.

My request was granted with a temporary assignment to the Navy Hydrographic Office in Suitland, MD for training and follow on orders for duty as Assistant Hydrographic Officer and Division Officer on the staff of the Commodore commanding Operation Windmill. The Commodore was actually Gerald L. Ketchum, Commander USN, but he commanded a 2 ship flotilla, TF 39, [the USS Burton Island AG-88, and USS Edisto AGB-2].

Both ships were icebreakers and had an aviation section of a pilot and a helicopter. The Burton Island was the flagship. The expedition staff included a few civilian specialists from the Hydrographic Office, all on board the Burton Island.

After WW2, the Navy had sent Admiral Byrd again to the Antarctic. This time with a fleet of ships [from my memory] of about 2 aircraft carriers, a cruiser, 2 icebreakers, a submarine and numerous other support ships. Their planes flew everywhere and took many thousands of photos but nobody knew where any landmarks were. That was why we were sent for the second time. We were sent to tie in geographic landmarks with the aerial photos. We had to survey the ice pack and the surrounding land at close range to provide reference points.

We left San Pedro CA in November 1947 for American Samoa. We refueled there and then departed South to the ice pack. We arrived early January 1948 at Shackleton Ice Shelf and conducted hydrographic and geological surveys and ice reconnaissance.  My recollection is that we were within the Antarctic Circle from mid December 1947 through mid March 1948, a period of about 3 months.

The basic routine of the expedition involved sending surveying and data collection parties from the ships, by helicopter and boat, to selected points on the nearby land and ice packs. The teams stayed for varying period of time ashore to conduct their assigned research. The collected information was stored aboard ship for processing in the US on our return.

Sometimes I went with a survey party ashore. Occasionally, with others, I cooked, ate, and slept in a pup tent on the ice overnight. Many, including me, grew beards. Beards back then were not fashionable.

Life aboard the Burton Island was pretty good. Somehow, even though there were numerous additional staff personnel aboard, I was assigned a small single room to myself. The food was adequate but nothing exceptional. It was nearly all frozen or dried food with nothing fresh. There was a small library aboard. Most of the officers played bridge; but I did not play. I do not recall seeing any movies.

It was always cold. The average temperature was -4 Degrees Fahrenheit. To my surprise, there was very little snowfall. There was a great deal of wind driven snow from the ice but not much falling from the sky.

I remember seeing penguins, both Emperor and Adelie, and seals. There were thousands  of  penguins, mostly the smaller Adelies, but also vast throngs of the  taller, bigger Emperor penguins.

Again to my surprise, I learned that there were no Polar Bears in the Antarctic. They are natural to the Arctic.

When we had completed our survey operations we started our journey home by way of just west of Chile to Callao, Peru then through the Panama Canal to Norfolk VA. We delivered the results of our survey to Washington DC.

Many years later my sons happened to find on “Wikipedia”, that an Island had been named for me “Werlein Island”. This was one of many islands surveyed by us during the expedition. But at the time we surveyed it, it had no particular significance and I had no idea that one day some government body would name it in honor of me.

EDITOR NOTE  The island was named by the US  Advisory Committee on Antarctic Names [US-ACAN] a committee of the US Board of Geographic Names. Board members are appointed by the US Secretary of the Interior. US Government records describe Werlein Island as “a rocky island .8 nautical miles long, located in the Windmill Islands group in Antarctica. It was first mapped from aerial photos taken during Operation Highjump. It was named for Ensign Richard O. Werlein USN, Assistant Hydrography Officer with Operation Windmill.”

Until it was mentioned in this interview, I did not know that there was an Antarctic Service Medal [ASM]. I was out of the Navy by the time it was issued in 1960. Members of the expedition certainly appear to be eligible as we were in Antarctic waters and on coastal land for several months. I was never notified by the Navy of it.

After this expedition I went on leave. After returning from leave I was sent to Tripoli, Libya to a recently re-opened Army Air Force base as Assistant OIC of Naval Communications Unit #4. Our mission was to build a very large and powerful radio tower and to operate it. We provide a radio relay station for traffic from Asmara, Etritea, to Jerusalem, to Tripoli to Port Lyauty, Morrocco, and then on to London or Washington DC.

After some 20 months there I was transferred to Port Lyauty  (Morocco) as the transferring  Postal Officer and Registered Publications Transfer Officer for the 5th Fleet in the Mediterranean and Red Sea. While I was there I was promoted to Ltjg.

I got leave in late December 1950. I went home and as the “war with Russia” had not occurred, I decided to resign my commission. I was released from active duty in January 1951. I later was promoted to Lt in the Reserves.

Having decided to become a lawyer, I enrolled at Tulane Law School. I finished in December, 1953 and promptly moved to Houston TX. I was admitted to practice law in both LA and TX.  I first worked as an associate for an experienced, older attorney, then as an Assistant District Attorney.   After that, I was in private practice mainly in the Houston suburbs until my retirement.

USS Burton Island (AG-88) in Antarctic. Also shown after conversion to the USCG. 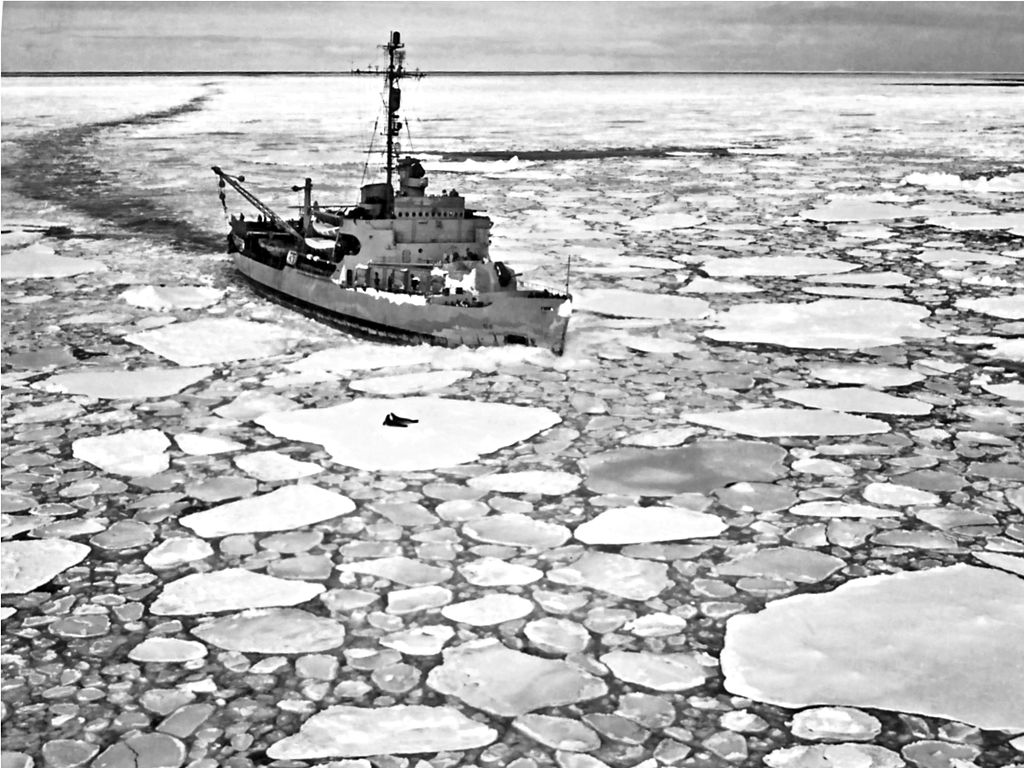 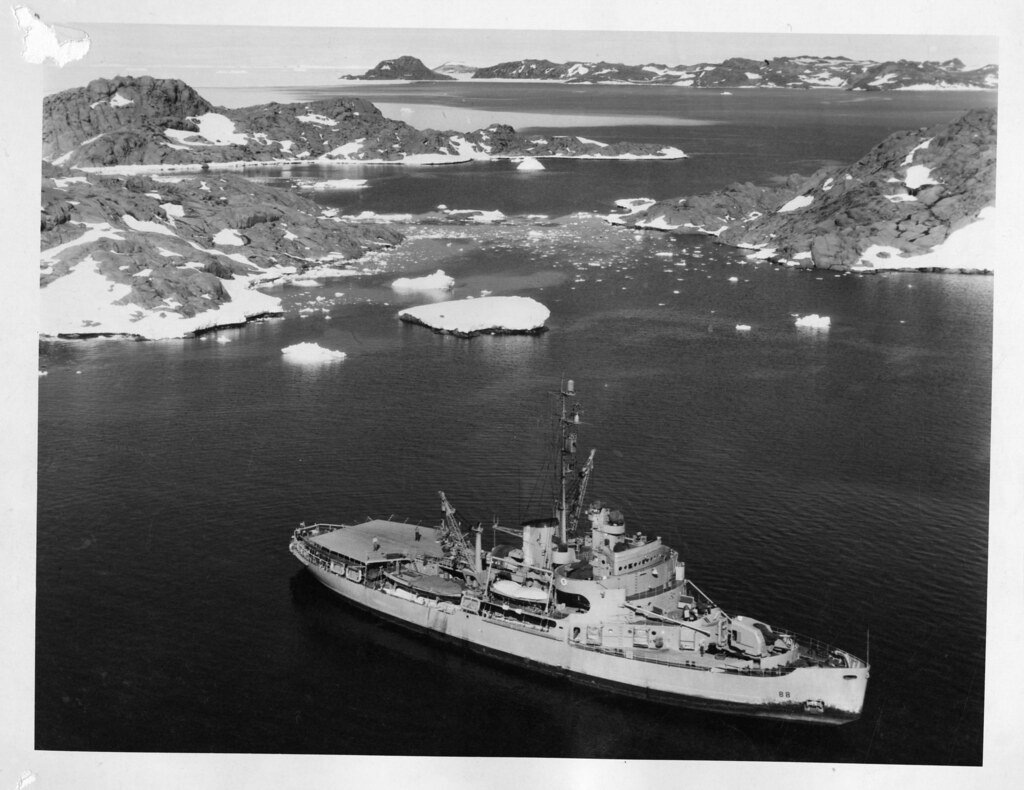 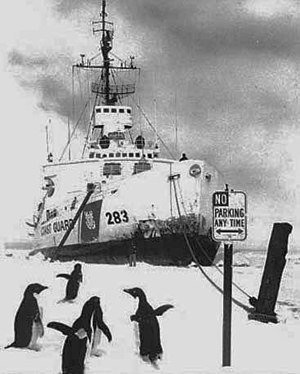 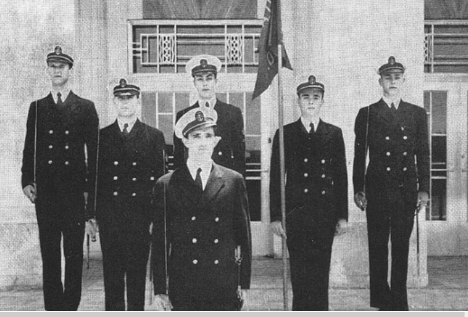 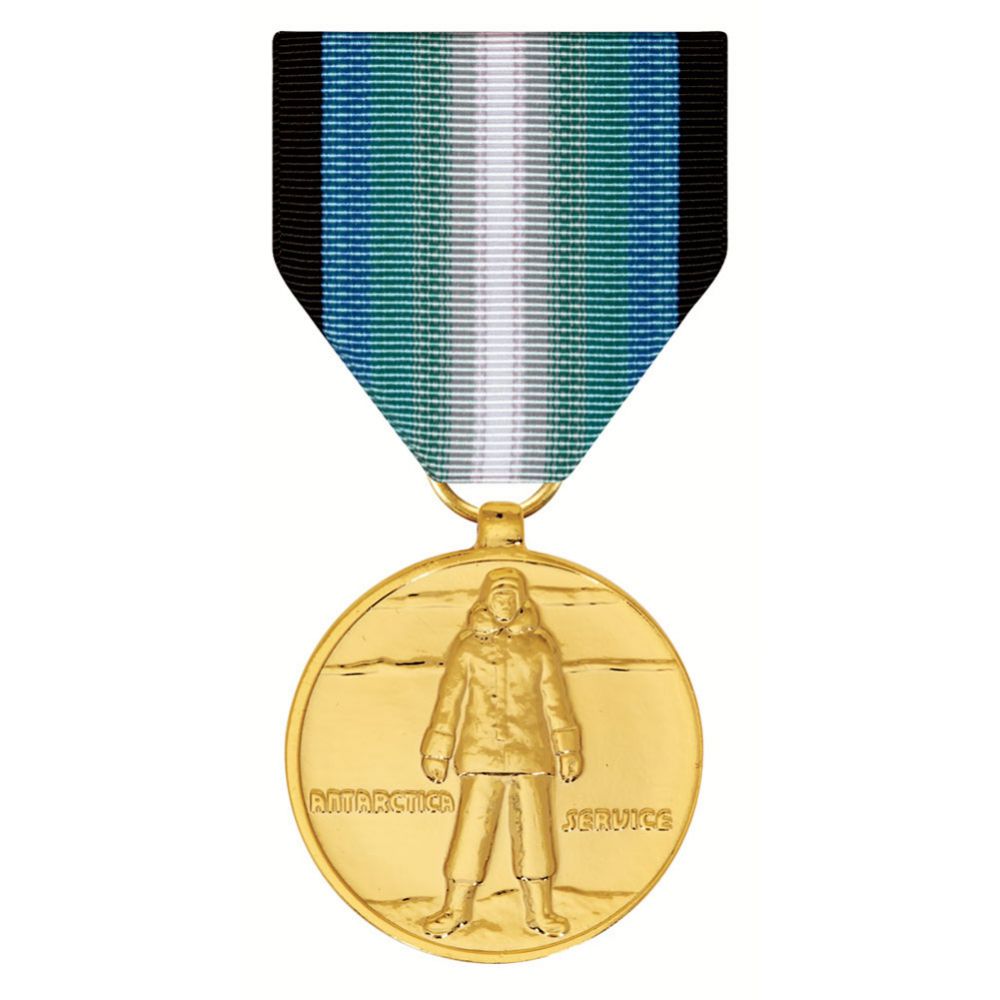 To qualify for the Antarctica Service Medal, personnel must train or serve ten days stationed on the Antarctic continent, or aboard vessels in Antarctic waters, defined as south of 60 degrees latitude. 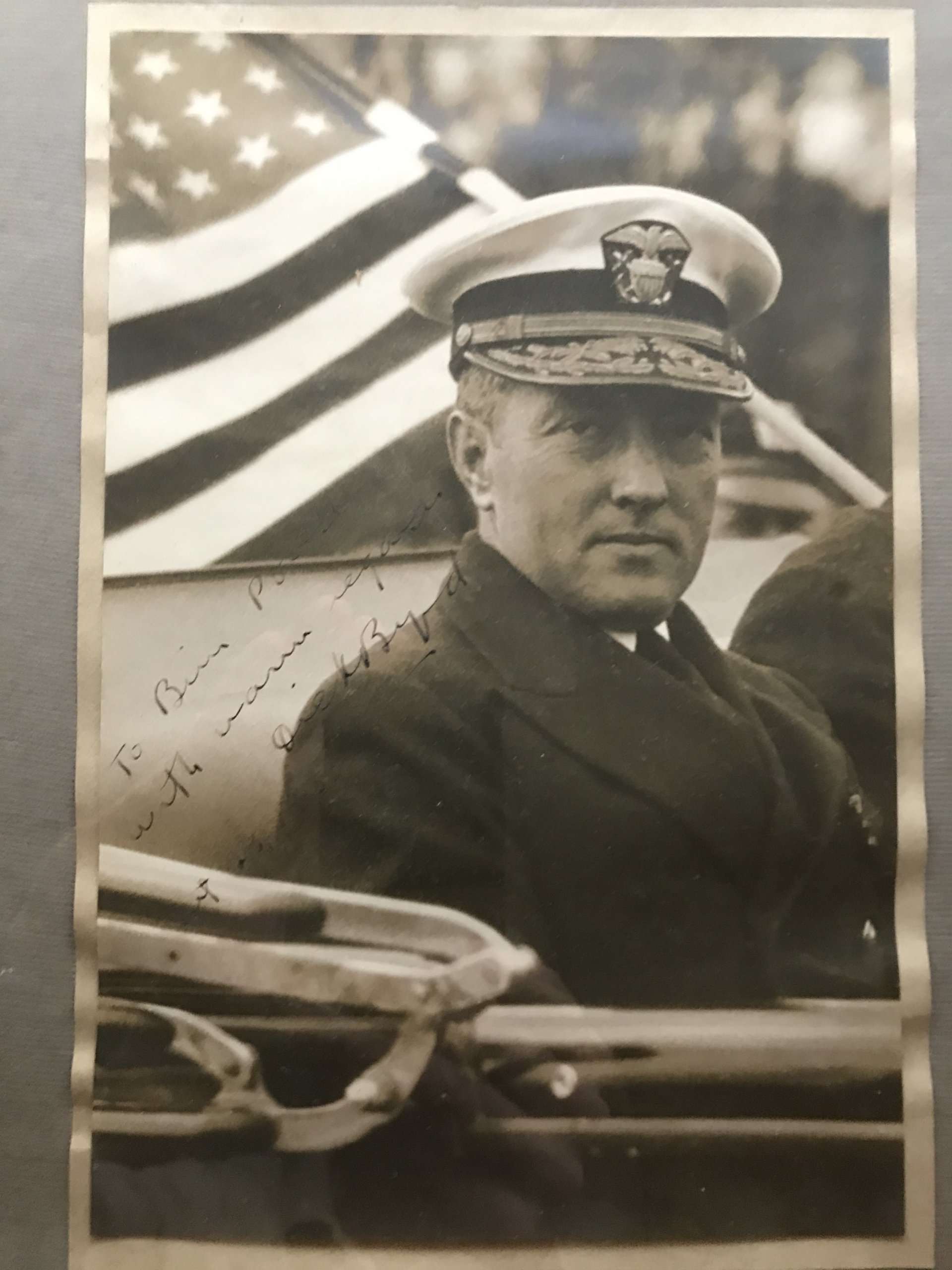