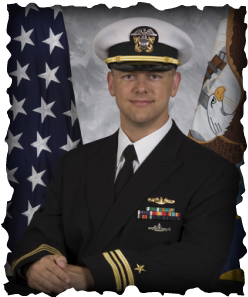 On January 8, 2016. the world lost a shining and beautiful star, as Jason Charles Woodbury passed away at the age of 39. Born in St. Paul on May 12, 1976, to Lynn and Charles Woodbury, Jason had more joy, love, and adventures in his 39 years that most people have in 90. Jason and his family moved to the U.S. Virgin Islands in 1988, and he graduated from Antilles High School in 1994. He went on to graduate from Tulane University with a Bachelor’s Degree in Business Management. Jason was an active member of Tulane’s Navy ROTC program, and immediately upon graduation, began his service as an officer in the U.S. Navy. He was named “Most Outstanding Graduate” from the U.S. Navy Nuclear Power School and, in his “spare time,” continued on to earn two Master’s Degrees. He was an officer on the USS Michigan, the largest nuclear submarine in the United States’ fleet. After 9 years of active service in the Navy, Jason returned to civilian life as a high school Physics and Math teacher and an Athletic Director; both in Savannah, Georgia, and Pasadena, California. He was a certified personal trainer, a head coach for local soccer teams, a self-defense instructor, and a volunteer with the Boy Scouts of America. In all things he did, Jason embodied service. Following active duty, Jason joined the U.S. Naval Reserves and, in that capacity, spent 18 months in Japan and was deployed on two separate occasions to Bahrain. He ultimately achieved the rank of Commander, putting him in very select company. Jason was honored and privileged to join the St. Paul Fire Department in 2012; his absolute dream job, and a role for which he was always intended. At the time of his death, Jason was a 3 ½ year veteran of the Department, where he was assigned to Engine 10-A. Jason was so proud of being a Saint Paul Firefighter! Jason was a devoted husband and father, spending hours introducing the children to Weird Al Yankovic and Star Wars, taking bike rides, building tree houses for his kids and neighborhood children, blowing raspberries on baby bellies, making the BEST scrambled eggs in the world, and showing the children the world of firefighting. Jason is survived by his loving wife, Angela, and their children: Ray (9); Lila (8); and Franklin(7 months), as well as the child they are expecting (“Squishy 2.0”). He is survived by his wonderful parents, Lynn and Chuck Woodbury, and his brother, Erik; as well as his treasured sister-in-law, Erin, and beloved niece and nephews, Ashton (14), Chase (10), and Flynn (4). Jason was loved as deeply by his family and friends as any one person possibly could be loved. Service Thursday, January 21, 11:00 A.M. at GLORIA DEI LUTHERAN CHURCH, 700 Snelling Avenue South. Visitation Wednesday, January 20, 4-7 P.M. at SIMPLE TRADITIONS by BRADSHAW, 671 Snelling Avenue South, as well as 2 hours prior to the service at the church. In lieu of flowers, the family would like any memorials to be sent to the St. Paul Fire Foundation in Jason’s name. Envelopes, which will be delivered to Jason’s fire chief, can be addressed to: Lynn and Chuck Woodbury, 406 Wacouta St. Unit 407, St. Paul, MN 55101 651-767-9333 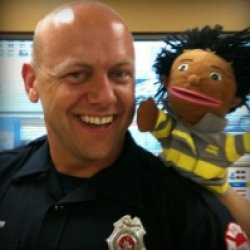