Lt j.g. Frederick L. Bell died when his aircraft crashed into the sea off USS Dwight D. Eisenhower on 1 March 1978, approximately 60 miles SE of Jacksonville, Florida.  During the first dog watch the aircraft had mechanical problems while in plane guard position about 100 yards off the starboard quarter.

The weather was calm with clear visibility, when it suddenly rolled rapidly to the right, crashed into the water tail first and sank, inverted, disappearing from view in barely 30 seconds. Two of the four crewmen survived.

I was the pilot in command of this aircraft when it experienced a mechanical failure
in the after rotorhead. We went out of control, the tail dropped until we were vertical,
and we rolled/yawed about 200 degrees to the right before hitting the water, tail first,
at a speed of approximately 90 knots. The aircraft rests on the bottom at a depth of
approximately 158 feet, 90 miles East of Jacksonville, Florida. The incident is described
in the official history of the USS Dwight D. Eisenhower, CVN-69

Configuration was HH-46A. The color scheme was the standard international orange
on forward and aft rotor pylons with additional orange trim on the stub wings.
This is significantly different from CH-46A configuration. HH-46A modification
included installation of a water dam across the after ramp area so that the ramp
could be powered down to allow loading of survivors over the after ramp,
1400 audio watt loud hailer on the port side (replacing the port side cabin hatch),
externally mounted rescue hoist and coupled Doppler radar system for
automatic descent and hover in IFR conditions.

FROM THE OFFICIAL HISTORY CVN-69:

March 1, An HH-46A, assigned to Helicopter Combat Support Squadron (HC) 16, encountered mechanical difficulties while in the plane guard position about 100 yards off Ike’s starboard quarter, about 60 miles southeast of Jacksonville, Fla. The Sea Knight crashed into the water tail first and sank, inverted, disappearing from view in barely 30 seconds. Two of the men were recovered. Lt. j.g. Frederic L. Bell and ADC John R. Bazan were lost at sea. 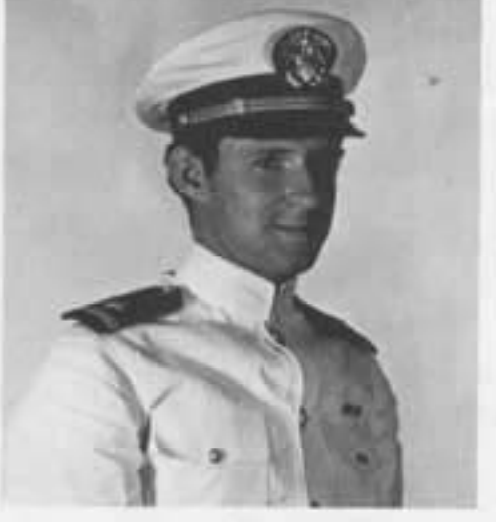 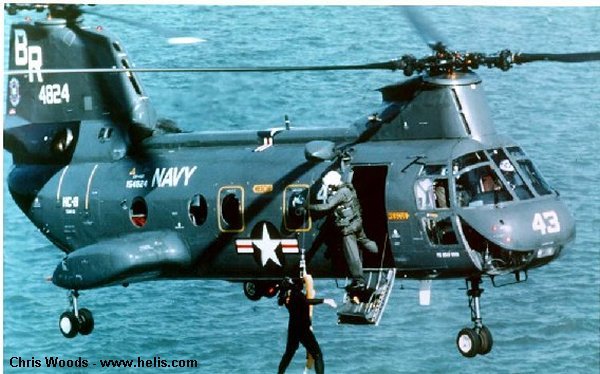