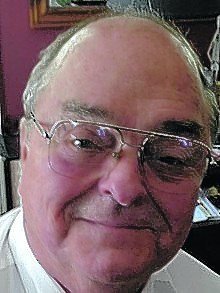 Thomas “Tom” Jacob Schoen Sr. departed this life at the age of 87 and began his Eternal Life with our Lord on Wednesday, February 9, 2022. After a dignified battle and according to his wishes, his warrior spirit passed into Heaven lovingly surrounded by his adoring wife, and comforted by his loving sons, daughters, and his eldest grandson. Tom is survived by his wife, Ellen “Tay” Jackson Schoen, his two sons, Thomas Jacob Schoen Jr., and Robert Taylor Schoen (Autumn Caldwell Schoen), his three daughters Lorraine Ellen Schoen, Susan Frances Schoen, Stephanie Aline Schoen and his sister, Lorraine Schoen Heier. He is the loving grandfather to Hashi Schoen Breeding, Stephen Henry Worner, Elizabeth Carson Schoen, Charlotte Emily Schoen, and Henry Caldwell Schoen; he is the great grandfather to Stella Gray Breeding. He was preceded in death by his beloved brother Gerard Louis “Jerry” Schoen, Jr. and his parents Stella Ravain Schoen and Gerard Louis Schoen, Sr. Tom was born, January 22, 1935, in New Orleans Louisiana. He attended St. Stanislaus (1949), Jesuit High School (1953), and graduated from Tulane University in 1957 with a degree in business. Tom Schoen was an accomplished man. As a Lieutenant Commander in the U.S. Navy, Tom was actively enlisted from 1957-1963 as a naval aviator, test pilot and aviator instructor. He continued as a reserve officer from 1963-1972. As a Navy aviator, Tom was AC qualified and flew these Navy jets: F8U-2 Crusader, T-28, T-33, T-34, F9F-8 Cougar, F-11-F1 Tiger, FJ-3M Fury, FJ-4B Fury, and the A4D-2 Skyhawk. Tom was a two-term president of the New Orleans Athletic Club from 1977-1979, also serving on the Board of Director’s from 1976-1979. Tom also served as president of the Bywater Business Association and Professional Mass Marketing of Greater New Orleans. Following in his proud family tradition, he was a funeral director at Jacob Schoen & Son Funeral Home from 1965-2022. Tom’s entrepreneurial spirit continued for many decades as the founder and president of Thomas J. Schoen & Associates. Over his business career in insurance, he earned professional designations as a Charter Life Underwriter, a Registered Health Underwriter, and a Life Underwriter Trainer. Tom was also a highly skilled master craftsman, founding The Captain’s Chest, and over the years he created quality hardwood humidors, jewelry boxes and burial urns, many of which are cherished in the homes of his family and friends. His family recalls him as a warm, generous, loving, funny and energetic man that always encouraged their independence and to achieve their highest potential. His love for his family was deep and unconditional, his children describe him as “the best dad ever”. Besides his clear love for his family, his devoted loyalty to his many friends set Tom apart. Tom was known as a remarkable storyteller and he loved to share stories of his family history, his family, and the adventures that he enjoyed with his life-long friends who included Paul Maxwell, Herb Lacassagne, and Rear Admiral Dave Morris (retired). Tom was loved by all that knew him. His vibrant spirit will be deeply missed. His family would like to extend a special thanks to Saint Tammany Hospital of Covington, Louisiana and specifically the ICU registered nurse Morgan Eastwood, that cared for him as family. The family is sincerely thankful for the St. Tammany’s Honor Red, White and Blue program that recognized Tom, as a United States veteran, with the special flag tribute ceremony. In lieu of the usual remembrances, contributions may be made to St. Tammany Health System, Honor Red, White, and Blue Program. To view and sign the guest book, visit www.schoenfh.com.