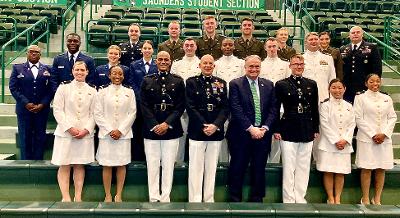 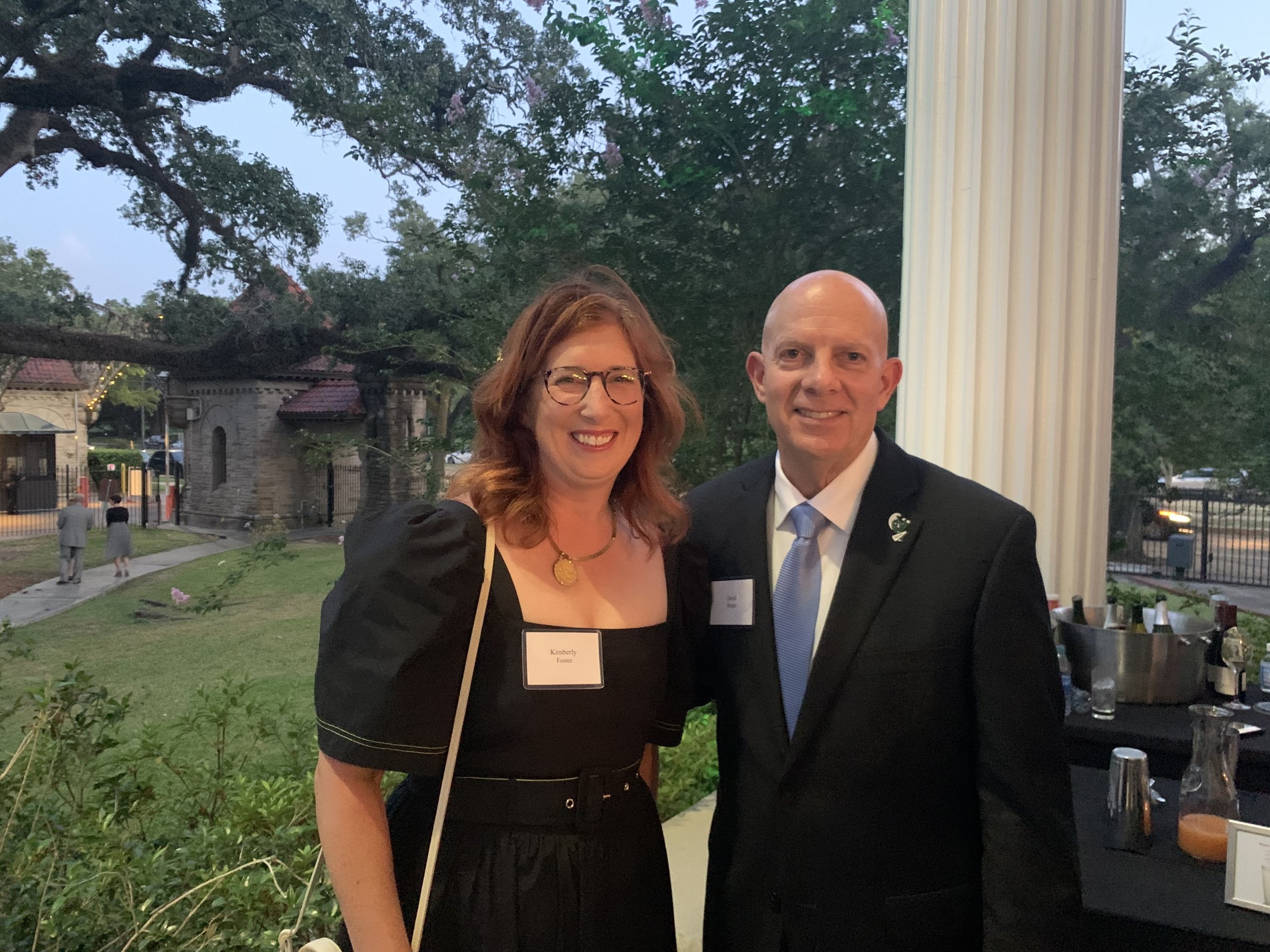 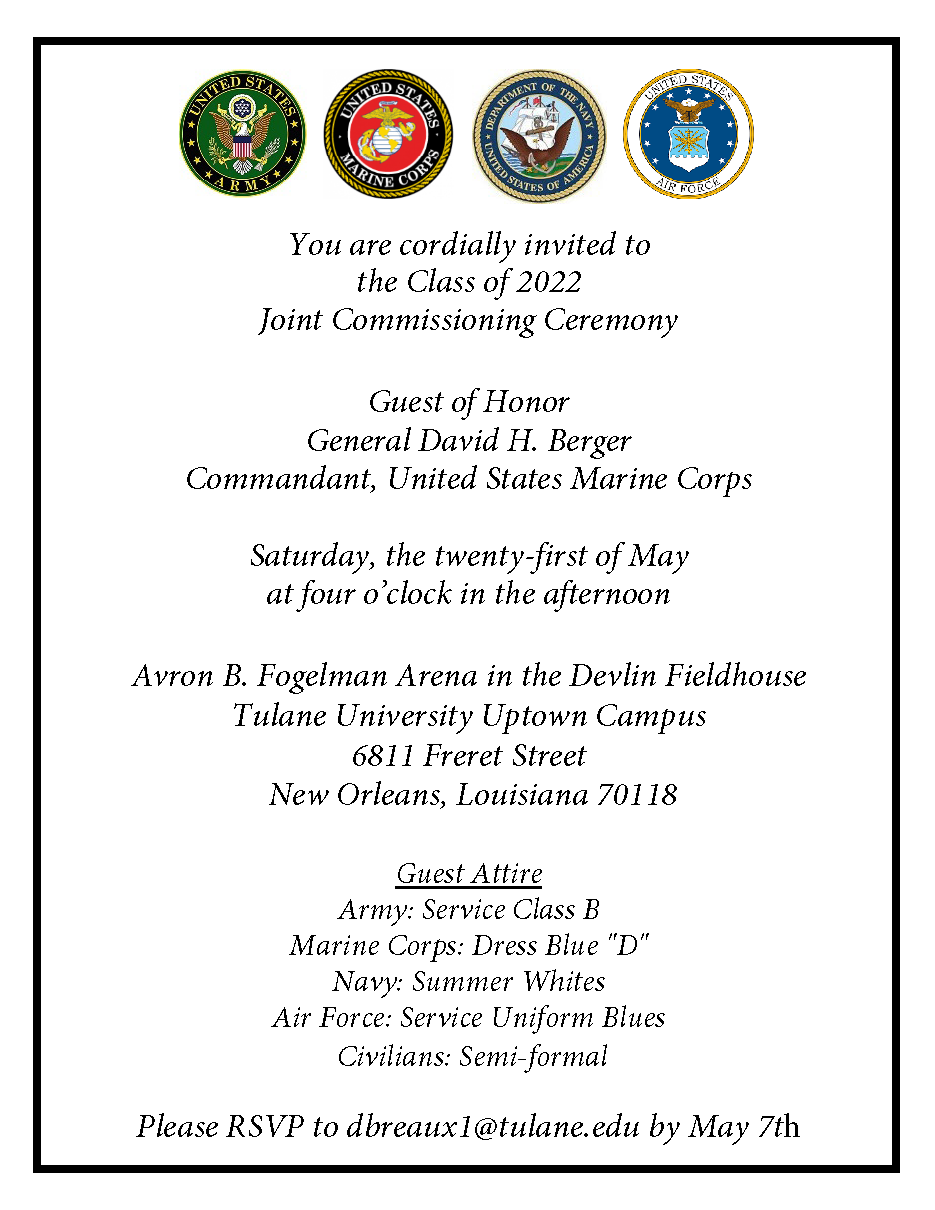 The Fogelman Arena in the Devlin Fieldhouse on the campus of Tulane University was the site of the Joint Commissioning for the Tulane Reserve Officers Training Corps on Saturday, May 21, 2022.  Eighteen midshipmen and cadets were sworn in as Ensigns and Second Lieutenants in the Armed Services.

The ceremony was attended by family, friends, and honored guests.  Honored guests included deans and representatives from Tulane, Dillard, Xavier, and University of New Orleans.  Several of the Units Alumni were also invited to witness the historic occasion.

General David H Berger, USMC, (1981)  was  the honorary guest and gave the commissioning oath.  In his speech, General Berger encouraged the new officers to have humility, continue to learn, take advantage of opportunities, and enjoy their time in service all the while being your best self and being good to others.

In addition to General Berger, Tulane President Michael Fitts was a featured speaker.  He lauded all of the graduates and noted that they are outstanding and service-minded.

The respective leaders and officers from the three ROTC Units were on there to support the commissions, including: