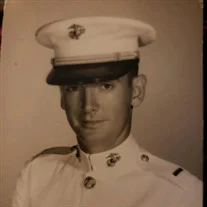 Bruce Albert “Pops” North passed away peacefully on August 12, 2022, surrounded by his family. Bruce was born in 1940 in Algiers, Louisiana to William Bruce North, Jr. and Gerardine Guillot North. He is survived by his children, Michael (Terri), Brian (Sueann), and Katherine Costantini; his grandchildren, Molly Bilich (Luke), Eric North (Emily), William North (Julie), Jack North, and Nate Costantini; and his great grandchildren, Amalie Bilich, Wesley North, and Luka Bilich. He is also survived by the matriarch of our family, Judy Nolan Nelson, and his life-long friend and loving companion, Judy Miranti. Bruce is also survived by his former spouse Joy North. He was preceded in death by his parents and his beloved sister, Gerard Alice. Bruce attended Holy Name of Mary Elementary School in Algiers before graduating from De La Salle High School in 1958. He then attended Tulane University where, after joining the Naval ROTC program because he thought the “uniforms looked cool,” he received an ROTC scholarship. Thus began his life-long love for and devotion to the United States Marine Corps. While a student at Tulane, Bruce won multiple national marksmanship and leadership awards and, as the Drill Team Commander, was awarded the William Randolph Hearst award. He took great pride in the fact that one of his instructors and mentors, Robert H. Barrow, was named Commandant of the Marine Corps in 1979. Upon graduation from Tulane in 1962, Bruce was commissioned a Second Lieutenant in the Marine Corps. He served in Virginia and Hawaii before deploying to Vietnam in 1965. Bruce served one tour in Vietnam, during which he was promoted to Captain and awarded the Navy Commendation Medal. He also managed to take the law school entrance exam in Saigon by commandeering General Westmoreland’s plane (obviously unbeknownst at the time to the commander of U.S. forces). That gambit having paid off, Bruce returned to New Orleans to attend Tulane Law School, where he earned a position on the Tulane Law Review and graduated in 1969. He spent an entire exceptional legal career in private practice. No one can ever suggest that Bruce did not live life to the fullest. He seemed to make friends everywhere he went and no one who met him ever forgot the experience. He was an enthusiastic traveler, skier, golfer and fisherman – and man, could he dance. Even in later years when those activities became a bit more than he could handle, he always wanted to tag along to watch his sons and friends struggle at fishing and golf –just as he had. Bruce was ever so proud of his heritage – as an Irishman and an Algerine. He leaves behind friends and family too countless to mention, and we trust you will keep him in your hearts as he kept you in his. We are looking forward to remembering our father, grandfather, parrain, husband, companion and friend together. A memorial Mass and a celebration of Bruce’s life will take place September 10, 2022 at Holy Name of Mary Church, 400 Verret St., New Orleans, Louisiana, 70114. Visitation will begin at 9:00 am with Mass at noon. Burial to follow in Westlawn Memorial Park Cemetery, Gretna, LA. In lieu of flowers, we ask that you consider a donation in Bruce’s name to the Land of the Free Foundation at https://www.landofthefreefoundation.org/. Or just do something nice for someone. Bruce would have liked that. Mothe Funeral Homes, LLC in charge of arrangements. To view and sign the online guestbook, please visit www.mothefunerals.com. 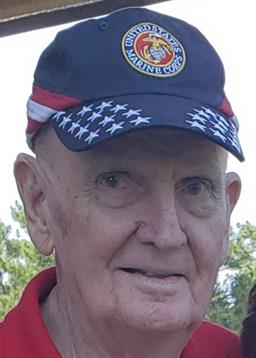