I was commissioned in May 1966. My first ship assignment was to the USS Tortuga [LPD 26]. Prior to reporting I attended CIC school at point Loma CA and Amphibious Warfare school at Coronado CA. I served aboard the USS Tortuga from July 1966 to June 1968 as CIC Officer and Navigator.

During my time in Vietnam the USS Tortuga served as a base for PBRs in the Mekong Delta and as part of Amphibious Ready Group Bravo landing Marines in amphibious landings up and down the coast from Danang to the DMZ. At various time we were detached for duty with the 7th Fleet transporting critically needed equipment from Japan to forces in Vietnam. From Jan 1967- Mar 1967 we returned to CONUS for upkeep and refitting on the west coast.

When in harbors in Vietnam [Danang, Cua Viet, Vung Tau] there was a constant threat from enemy rocket attacks and “frogmen”. The USS Tortuga was a significant target.

In Sept 1969 I was released from active duty and then served in the Reserves till 1987 when I retired as a LtCdr. 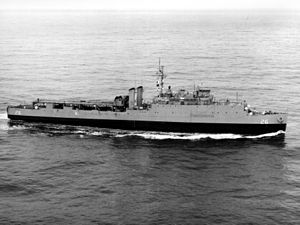