The Midshipmen of the Tulane Navy Reserve Officer Training Corps held their Spring Awards Ceremony and Change of Command on Wednesday, April 20, 2022 in the Navy Building on the campus of Tulane University. 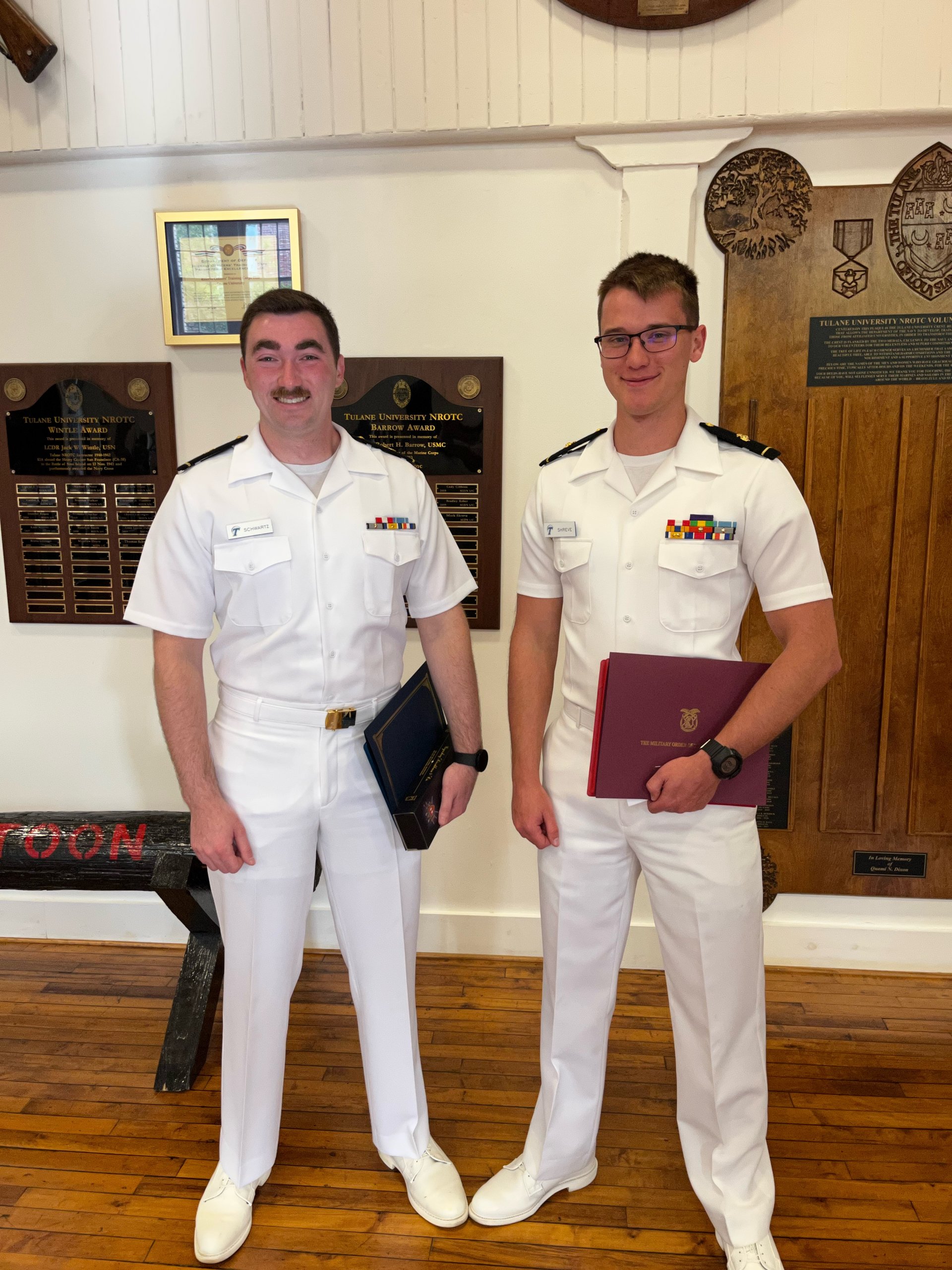 The LCDR Jack Wintle Award was given to MIDN 1/C Schwartz.  MIDN Schwartz is a Tulane senior majoring in history.  He will enter the submarine community upon commissioning and begin his career in the Nuclear Training Program in Charleston, SC.  This award is in memory of the late Lieutenant Commander Jack W. Wintle, USN, an instructor at the Tulane NROTC unit from 1940-1942, who was killed in action during an engagement off the Solomon Islands in November, 1942. It is awarded to the senior MIDN who demonstrates excellence in military character. Additionally, a plaque is displayed inside the Navy Building with MIDN Schwartz’s name engraved on it.

The General Robert H. Barrow, USMC Award was given to MIDN 1/C Shreve.  MIDN Shreve is a Tulane senior majoring in political science.  He will attend The Basic School  upon graduation and commissioning and intends to specialize in infantry.  The Barrow Award is presented to the 1/C Marine option MIDN who excels in academics and leadership.  Additionally, a plaque is displayed inside the Navy Building with MIDN Shreve’s name engraved on it.