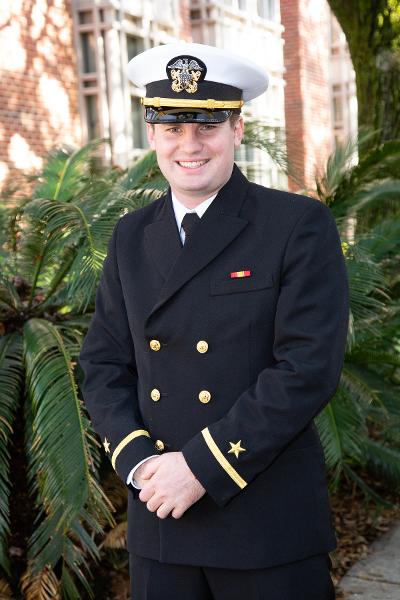 For the second year in a row, the Tulane NROTC Unit held a rare December Commissioning on Sunday, December 20, 2020.  At 1:30 in the afternoon at the Navy Building, a new Ensign was commissioned for the United States Navy.  The Tulane NROTC Alumni Association welcomes Matthew R. Drury as its newest member.  Mr. Drury hails from Georgia and is looking forward to his future in the Navy.  He is service assigned as a Student Naval Flight Officer and will report to Naval Aviation Schools Command in Pensacola, Florida in March 2021.  He is a Tulane University Graduate who majored in Quantitative Economics.  The Commissioning Ceremony was held in on the front lawn with family around to support him.  His commissioning officer was Captain Daniel J. Senesky, USN, Professor of Naval Science and Commanding Officer of the Unit.  His parents attached his new insignia. His grandfather was especially proud to have another generation in military service.  The Wintle Award was presented to Ensign Drury from LtCol (ret) Timothy Huete, president of the Tulane NROTC Alumni Association.  The Wintle Award is awarded by the Alumni Association and recognizes the graduating senior who exemplifies the characteristics of the Navy.  In his remarks, Ensign Drury was thankful and felt rewarded by his time in Tulane University NROTC. 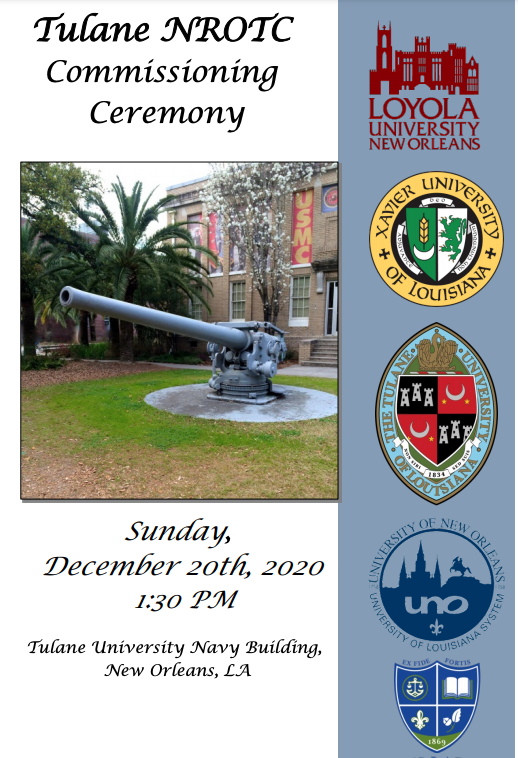