Pelican Publishers approached Earl Higgins, class of 1963, a few years ago and asked him to write a new book.  They wanted to put out a 100 Catholic list to join their 100 Jewish list.   Thus was born 100 Catholic Things to Do Before You Die.  Earl was an English major at Tulane who went on to get a law degree.  After retiring from both the Navy and the US Court of Appeals, he is now a ranger at Jean Lafitte National Park and an author.  His other books are Metairie, Ames, High:  The Streets of Jefferson Parish and The Joys of Y’at Catholicism.  It was probably the latter that led Pelican Publishers to him.

Earl is currently on a mini book tour, giving presentations at libraries in Jefferson Parish and Algiers, at Octavia Books in Uptown, and at Barnes and Noble in Metairie.  At one of these recent engagements he had books for sale and autograph.  During his presentation he highlighted some items on the list, which are accompanied by stories, some of which are family stories and some are from his military service.  One story was from when he was on an aircraft carrier and decided to attend local services in the port of Hong Kong.  He got off the ship, took a cab, and found a church.  He was excited and full of anticipation; however, he quickly realized that as he was in Hong Kong, the sermon was in Cantonese.  He said he enjoyed the experience and would recommend attending a service in another language. but had to laugh at his own naivete.  Congratulations to Earl Higgins on your latest book. 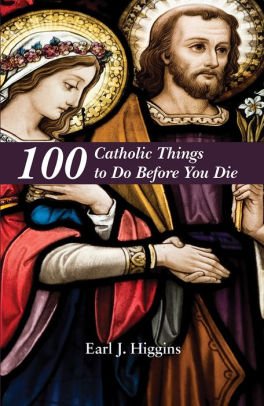