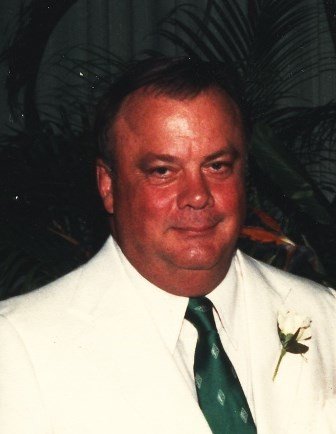 Louie Kontz Harris, born May 25, 1932 passed away peacefully on Friday, June 23,2017. He was the son of the late Rufus Carrollton Harris and Louise Walker Harris of Monroe, GA. Louie, in his first marriage, was the beloved husband of the late Maxine Marie Kentzel with whom he had his much-loved children Louie Kontz Harris, Jr. and Maxine Henriette Harris. He later married Lucie Pasquier Baker Murphy and was a good friend to her children Nancy Baker Hagen (Dan), John Elliott Baker and Lucie Adele Baker (Bill Robinson) He is survived by his daughter-in-law, Andrea Pappas Harris, grandson, Jonathan C. Harris and two step grandchildren, Kate Hagan Mileus (Stepha) and Anne Hagan Stoltz (Brian). He is also survived by his two brothers whom he adored, Rufus C. Harris, Jr. and J. H. Walker Harris and their wives Mary Lou and Elvy Harris and many nieces and nephews.

Louie was a graduate of Metairie Park Country Day School and Tulane University where he received his degree in Geology. He served in the Navy and was stationed in Naples, Italy. He enjoyed spending time with his friends in the Boston Club and the Pass Christian Yacht Club. Louie was an avid outdoorsman who loved fishing and hunting. He also enjoyed tennis, bridge and summers with his brothers, cousins, nieces and nephews in Monroe Georgia. Louie was well known for his humor, his joie de vivre and his frequent irrepressible nature. He loved a good argument and was willing to take on any opponent, particularly one who had strong political views.

Family and friends are invited to attend a visitation at JACOB SCHOEN & SON, 3827 Canal Street, New Orleans, LA on Saturday, July 8th from 11:00 am to 1:00 pm followed by a short memorial service. In lieu of flowers, donations can be made to Wish to Fish Foundation (wishtofishla.com) or a charity of your choice. To view and sign the guestbook, please go to www.schoenfh.com.

Published in TheNewOrleansAdvocate.com from June 27 to July 8, 2017