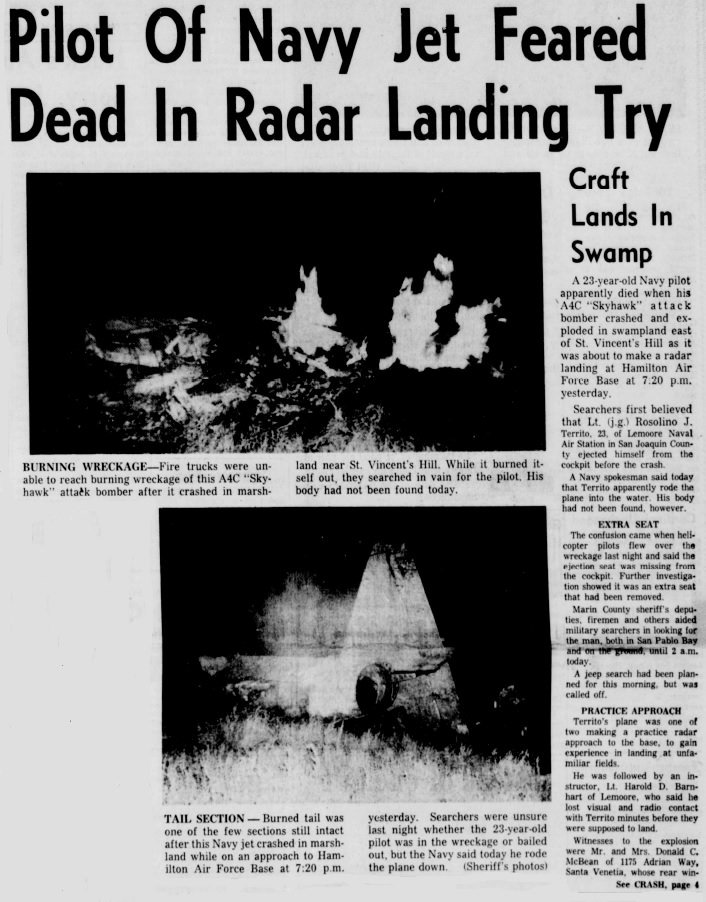 March 09,1965: Lt. (jg). Rosolino J. Territo, 23, of NAS Lemoore was killed when his A4C Skyhawk BuNo 147817 crashed and exploded in swampland east of St. Vincent’s Hill as it was about to make a radar landing at Hamilton AFB at 7:20 p.m. yesterday. Territo’s plane was one of two making a practice radar approach to the base, to gain experience in landing at unfamiliar fields. He was followed by instructor Lt. Harold D. Barnhart of Lemoore, who said he lost visual and radio contact with Territo minutes before they were supposed to land. San Rafael Daily Independent Journal, Wednesday, 10 March 1965, San Rafael, CA.