At our General Meeting on November 1, 2019, two new plaques were unveiled on the Quarter Deck of our Navy Building for permanent display.  Your Tulane Naval ROTC Alumni Association paid for, obtained, and presented these plaques to the Unit.

The first plaque lists the names of recent award winners of the Wintle Award.  This award, presented to an outstanding Naval Midshipman, commemorates LCDR Jack W. Wintle, USN.  He was an NROTC Instructor here at Tulane from1940 to 1942, who was  killed in action aboard the heavy cruiser San Francisco (CA-38) during the Battle of Salvo Island on 13 Nov 1942, for which he posthumously received the Navy Cross.

The list of winners of the Barrow Award is attached to the second plaque.  The Barrow Award, presented to an outstanding Marine Option Midshipman, is given in memory of GEN Robert H. Barrow, USMC, who was the 27th Commandant of the Marine Corps from 1979-1983 and the Marine Option Instructor for Tulane NROTC from 1957-1960.

In addition, our plaque which lists the name and rank of all Tulane graduates who attain Flag or General Officer rank has been updated to reflect the promotion of David H. Berger to General and Commandant of the Marine Corps and Richard P. Snyder to Vice Admiral USN. 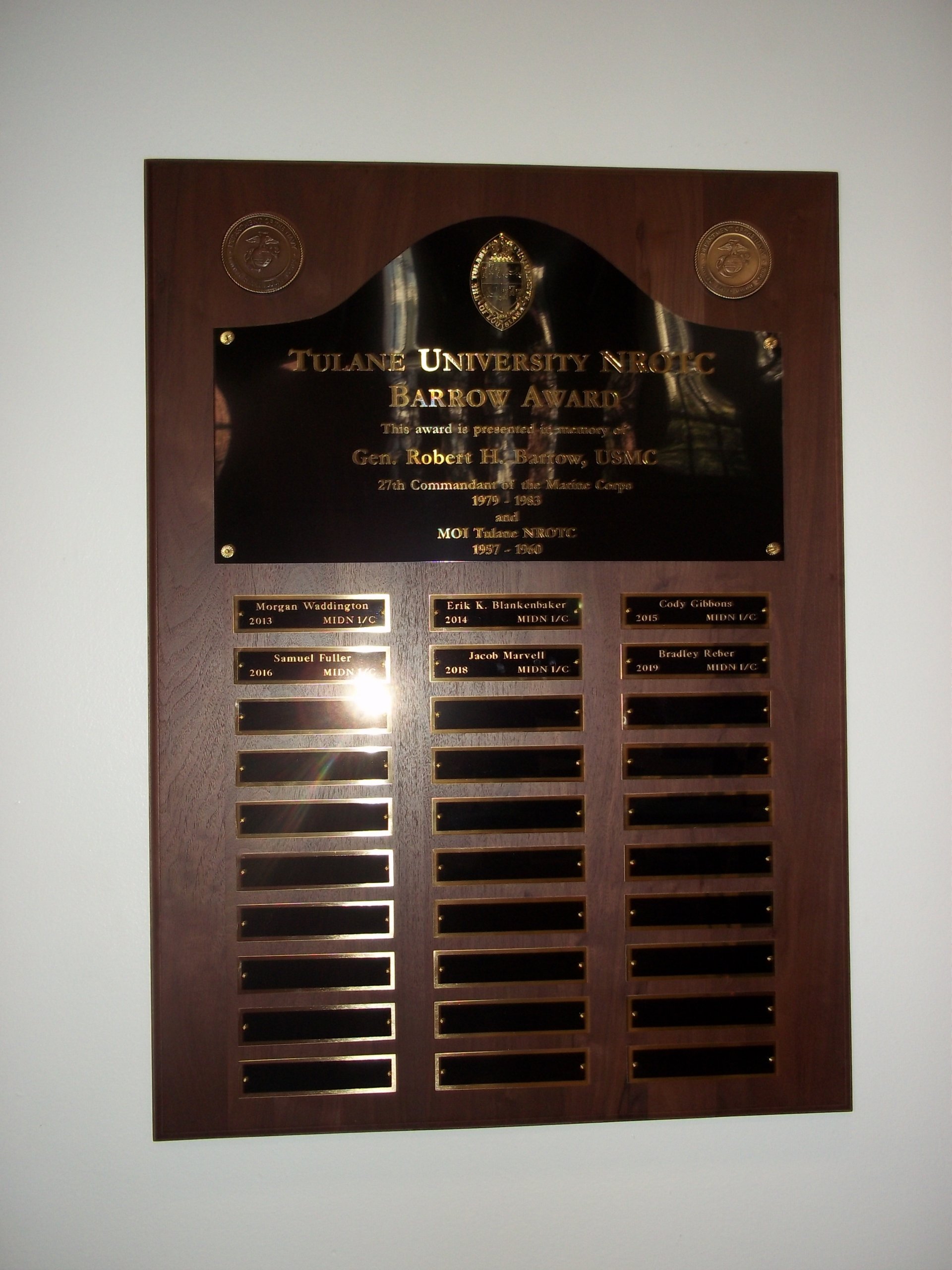 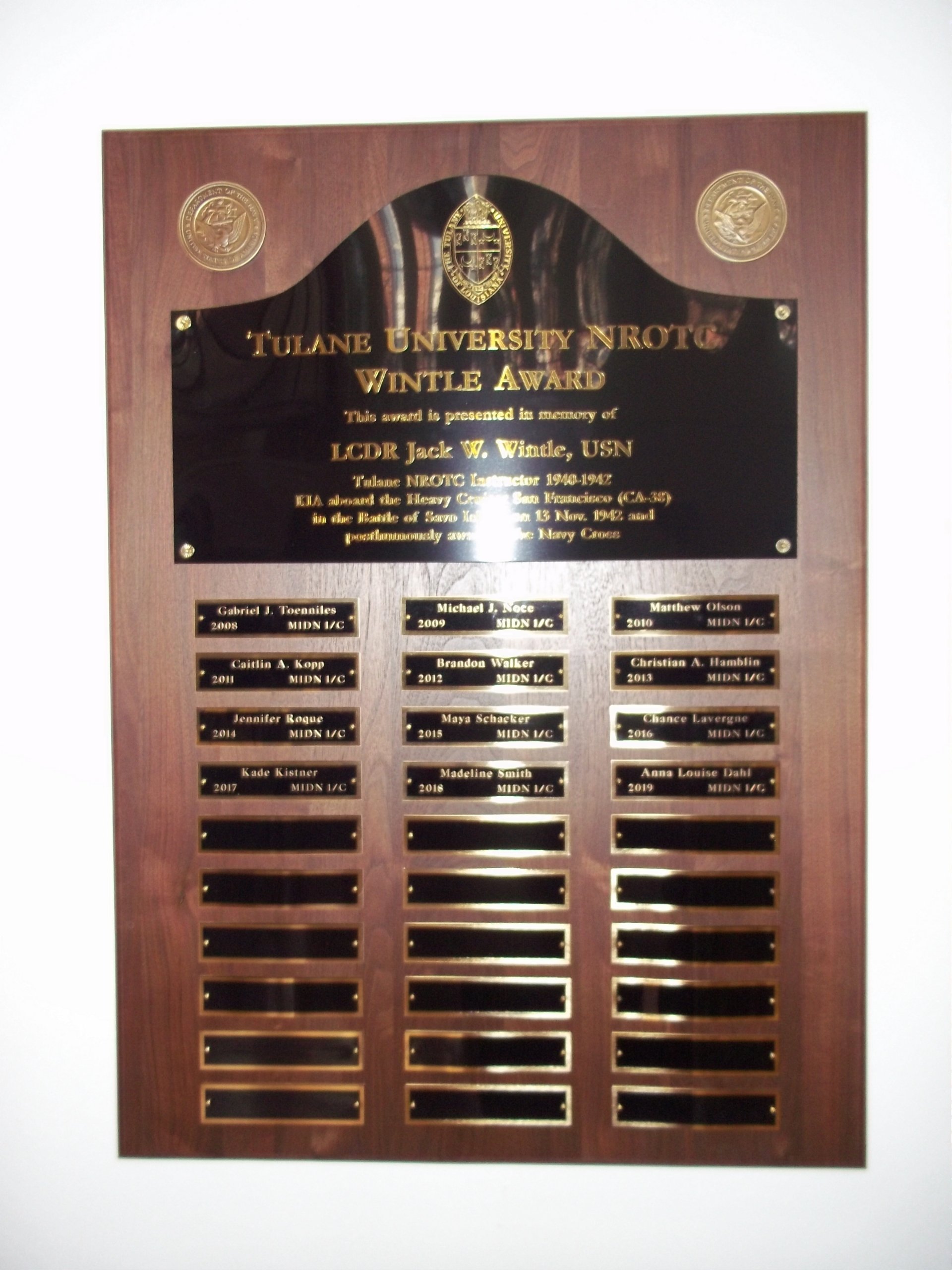