This is an on going effort of the Tulane Naval ROTC Alumni Association to collect and preserve the histories of our members who served in Vietnam. If you have additional information in that regard please send an email or reach us via the contact page of this website.

The information in the Briefs section was compiled from Association and public records. If we have something wrong, or if you have something to add, please inform us via the contact page.

Following graduation from The Basic School at Quantico I was designated an Amphibian Vehicle Officer, and assigned to 1st Marine Division, Vietnam, with Amphibious Vehicle School, Camp Pendleton in route.  Prior to the completion of school my orders were changed and I was directed to report as a Platoon Commander to the recently formed Fifth Amphibian Vehicle (Amtrac) Battalion.  Like any hard charging Second Lieutenant I questioned the wisdom […]

After I was commissioned on the Quarter Deck at the NROTC Unit I headed to Quantico for TBS. TBS was only 5 months back then due to the war. Was selected for NFO (Naval Flight Officer) training and headed to Pensacola for Flight School. In Flight School was second in my NFO class and was able to be assigned to training as an Airborne Electronic Countermeasures Officer […]

“I was OIC (Officer in Charge) of Swift 70. On Nov 6, 1968 we were shooting at bunkers on the south side of Cape Batanga. We were ambushed by on 75 mm recoilless rifle and several automatic weapons. One crewman was killed and a USMC rider was blown overboard and never recovered. Two crewman and I were wounded. The photo is from that day. I’m the guy with my back to the lifelines […]

I was assigned as the Operations Officer for a Combined Action Group. The basic unit was a Combined Action Platoon (CAP) which consisted of a squad of Marines (and a Corpsman) and a Popular Forces Vietnamese platoon (Popper Foxtrots). These PFs were the lowest level of Vietnamese military and they received half the pay of a regular infantry soldier in VN. However they were assigned to protect the villages in which they lived which […]

I completed A-4 training and detached from VA-44 [Naval Air Station Cecil Field, Florida on October 5, 1965. Ten days later, on October 15, 1965 I flew my first combat mission over North Vietnam.

My first Vietnam deployment was in 1965. I was assigned to Attack Squadron [VA] 86 [Sidewinders] and flew A-4 Skyhawks off the USS Independence CV-62.

After Basic School, in December of ’65, I was assigned to Field Artillery Officers Basic Course (FOPBC) in Ft. Sill, graduating in April of ’66.  I arrived in Da Nang in mid-May and was assigned to Apha Battery, 1st Bn, 12th Marines.  As the only FAOBC trained junior office in the battery, rather than the usual first assignment as a forward observer, I was assigned as Fire Direction Officer. END_OF_DOCUMENT_TOKEN_TO_BE_REPLACED […]

DD 945: WESTPAC on the Gunline

Upon graduation, assigned to USS Hull DD945 which was in the Long Beach shipyard. After the refitting, ship moved to home port San Diego. Since so many of the crew were new, the ship went through pre-deployment trials. Lots of training and learning before departing for WESTPAC. The deployment began in March 1971. After the usual refueling stops in Hawaii, Midway and Guam, we arrived Subic Bay, Philippines about 3 weeks after departing San […]

I was flying a late night mission from the USS Independence in the Gulf of Tonkin. On return, I had a hydraulic pump failure and couldn’t lower my landing gear. Since it was night, the ship diverted me to Da Nang which had a Marine F4 squadron. I activated my emergency air system to lower the landing gear but only the left main and the nose wheel came down. So now I was […]

F4-A from VF-1 over Vietnam

I arrived at LSB (Logistics Support Base) Cam Ranh Bay 1/3/1971 and found a U.S. Navy operation in bad shape. My Navy advisors and their VN counterparts were not speaking and my main mission was to train the Vietnamese to take over base operation by the end of the year to demonstrate that the ‘Vietnamization Project’ was doable. Since no one spoke the others language I could see there was a problem of trust. My counterpart, […]

DD-807: Off the coast of North Vietnam

All of my active duty was served aboard the USS Benner (DD-807) a WWII destroyer. Her main armaments for Vietnam operations were her six 5″ guns, 3 twin mounts that saw a lot of action off the coast of North Vietnam while Benner was involved in Operation Sea Dragon as a unit of Task Force 77. Our objectives were to engage enemy waterborne craft attempting to deliver supplies and ammunition to South Vietnam, and to locate […]

When I left the States, my orders had me going to RivSec. 543. River Section units were squads of river boats, supply, service and patrol, for use on inland rivers. However, when I checked into Saigon, I was informed I was going to RivSec. 552 a new RivSec just forming up. When I got Nha Be, I met my OIC and AOIC, both “short timers”. They told me that at that time our section did not […]

Pelletier at ARVN base

Pelletier at ARVN base

Pelletier on the river

Pelletier on the river

Pelletier at Hearts and Minds

Pelletier at Hearts and Minds

A couple of weeks after commissioning in May 1963, I reported aboard USS MIDWAY (CVA-41) with homeport in Alameda, California. After the usual operations and one cruise to WESTPAC, the Gulf of Tonkin incident in August 1964 changed our operational plans. President Johnson escalated the war, and MIDWAY was an early part of that effort. Instead of an anticipated peacetime cruise that would have taken us to, among other places, Australia, Singapore, […]

My Viet Nam service began when it was decided to mine Haiphong Harbor. I was XO of USS Assurance (Minesweeper Ocean, MSO-521) in Charleston. We were sent to Hampton Roads in September 1972 to help determine the best method for sweeping the Mk 36 Destructors that the Navy planned to use. Fast forward to January 1973. As part of the peace process, Henry Kissinger agreed to sweep the mines that we […]

the blob, portable fuel bladder on the fantail for the Pacific crossing

the blob, portable fuel bladder on the fantail for the Pacific crossing

7 sweeps in a sloppy line

7 sweeps in a sloppy line

As a Midshipman 1St Class I was deployed to Yokosuka Japan embarked in USS Oklahoma City (CLG – 5). We spent the summer onboard during combat operations in support of Combat Operations ashore. We provided gunfire support to troops in contact. I stood combat watches during these shore bombardments. END_OF_DOCUMENT_TOKEN_TO_BE_REPLACED […]

A very detailed report by William Andrews portrays his experience from Tulane NROTC through a ground tour and a aviation tour in Vietnam followed by work with Air America.

Chastant and Carter at Tulane

Chastant and Carter at Tulane

Having a cool one in a South Asia Hut

Having a cool one in a South Asia Hut

I volunteered for Swift Boat Operations. In May of 1970, after completing the QC Officer course at NATTC GLYNCO, I was detached and ordered to report to COSRON ONE, Vietnam via TAD at the PCF/Riverine Warfare School at NIOTC Mare Island, Vallejo, California. While on TAD at NIOTC, I attended SERE training at Whidbey island, Washington and weapons training at NAD HAWTHORNE, Nevada. END_OF_DOCUMENT_TOKEN_TO_BE_REPLACED […]

Solid Anchor Base on left side of river

Solid Anchor Base on left side of river

During the course of about 10-months I flew about 200 missions, dropping close to 2-million pounds of bombs in South Vietnam and elsewhere. Most of our flying was elsewhere, conducted at night, typically single-ship in rain and cloud, at 500-1000 feet altitude, in valleys between the mountain ridges, and travelling as fast (450-500 knots) as the Hogship would […]

I was a Radar Intercept Officer, flying F-4 Phantoms.  My Fighter Squadron, VF-114 was deployed on the USS Kitty Hawk.  Our Vietnam cruise was November 1967 to June   1968.

Kitty Hawk [CVA-63] was awarded the Presidential Unit Citation for exceptionally meritorious and heroic service from 23 December 1967 to 1 June 1968, which included the Tet Offensive, while participating in combat operations […]

I was commissioned as a second Lieutenant in the United States Marine Corps in August 1965. After finishing Marine Officer Basic School at Quantico, I attended Field Artillery School at Fort Sill, OK. In June 1966, I was deployed to Viet Nam and joined Delta Battery, Second Battalion, Eleventh Marines. I was then assigned to the First Battalion Fifth Marines as an Artillery Forward Observer. I served as a […]

Class of 1960, College of Arts and Science

I was commissioned in May 1966. My first ship assignment was to the USS Tortuga [LPD 26]. Prior to reporting I attended CIC school at point Loma CA and Amphibious Warfare school at Coronado CA. I served aboard the USS Tortuga from July 1966 to June 1968 as CIC Officer and Navigator. 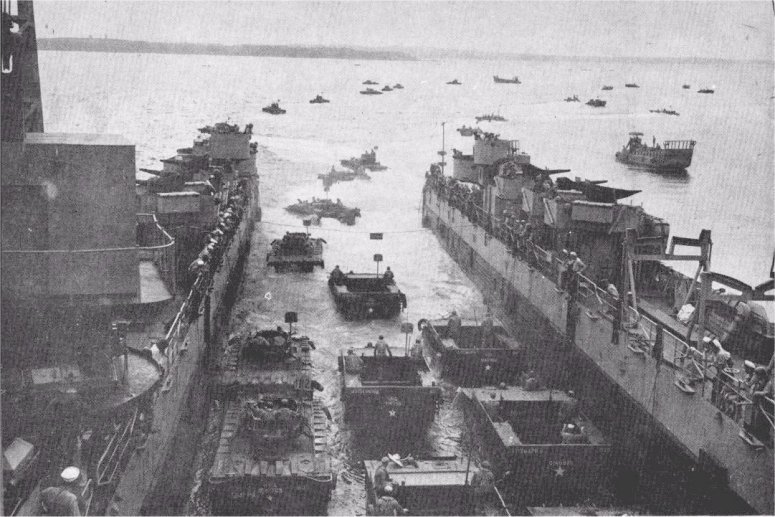 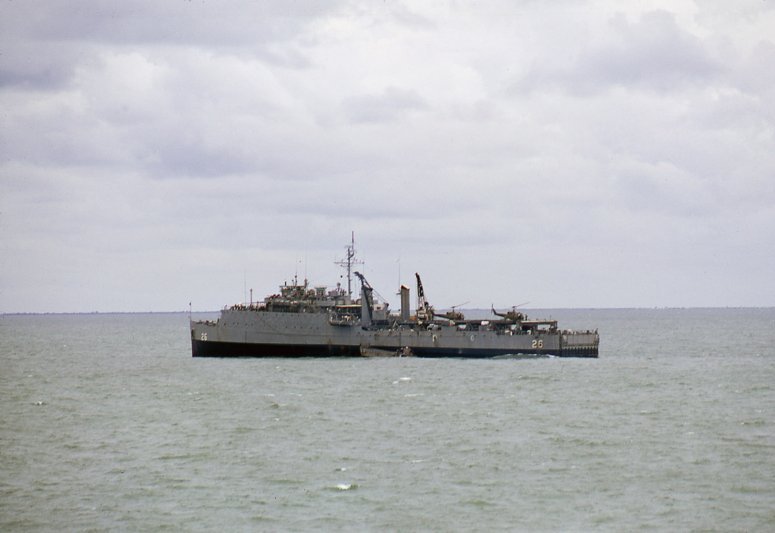 I was assigned to VA-35 in 1965 and served with them until 1968. During that time, we deployed to Vietnam twice and were part of Air Wing 9 on the USS ENTERPRISE. I was the Air Intelligence Officer (AIO) with VA-35. As such, I flew with the pilots whenever a right seat needed filling and sent to the same survival […]