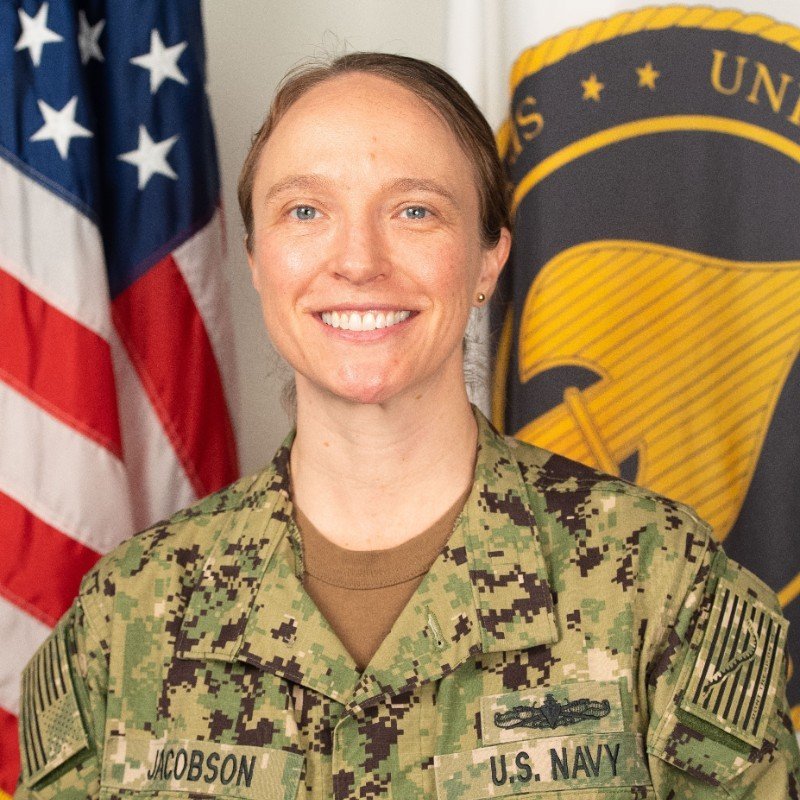 Commander Katie (Hagen) Jacobson is a sixteen-year veteran of the United States Navy and is the Executive Officer of USS NITZE (DDG 94) in Norfolk, VA. On March 3, 2021 she participated as a featured speaker in Tulane’s Alumni Association Women Making Waves 2021.

Each year the Office of Alumni Relations celebrates the career successes of our alumnae in order to further inspire and motivate Tulane women to seek leadership positions in the workplace and in their communities. This year’s panel discussions will include Herstories, where alumnae share their personal journeys to professional success, and Pathways to Leadership, a discussion about specific programs, advanced degrees, credentials, etc. that contribute to one’s rise to leadership.

Her first assignment was USS DONALD COOK (DDG 75) stationed in Norfolk, VA as the Auxiliaries Division Officer. In 2005, Jacobson deployed to the Arabian Gulf as part of the USS THEODORE ROOSEVELT Strike Group in support of Operations Iraqi Freedom and Enduring Freedom. Jacobson deployed again in 2006 as the Training Officer on the staff of Commander, Destroyer Squadron Two-Eight (CDS 28) and was assigned to the USS DWIGHT D. EISENHOWER Strike Group. During her tour as Training Officer, she was assigned to the Department of Defense Why We Serve program, speaking to groups around the country about her personal military experiences.

In 2008, Jacobson reported to the Naval Postgraduate School in Monterey, CA where she graduated with distinction in Operations Analysis, M.S. In 2010, she reported as a Director Fellow to the CNO’s Strategic Studies Group (SSG) in Newport, RI and to Surface Warfare Officer School in 2011. Jacobson subsequently served as the Weapons Officer and Combat Systems Officer onboard USS PREBLE (DDG 88) from 2012–2015, deploying twice with the USS GEORGE WASHINGTON Strike Group in the 7 th Fleet Area of Operations.