LT Wright H. Ellis is a native of Lockport, New York, and a 1961 NROTC graduate of the University of Rochester, where he majored in history and political science. His first duty assignment was aboard the USS Harwood (DD-861) as Damage Control Assistant. He later served at Guantanamo Naval Base in Cuba, and aboard the USS Vigil (AGR-12). Prior to reporting at Tulane he spent a year in Vietnam with the Third Marine Regiment at Da Nang, earning the Navy Commendation Medal with Combat “V.” LT. Ellis, departed Tulane  for duty as operations officer aboard the USS Shields (DD-596). 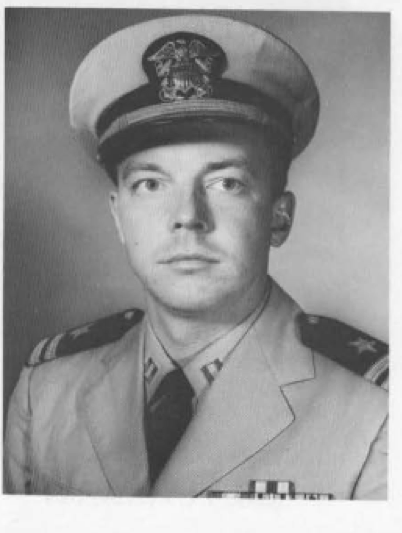